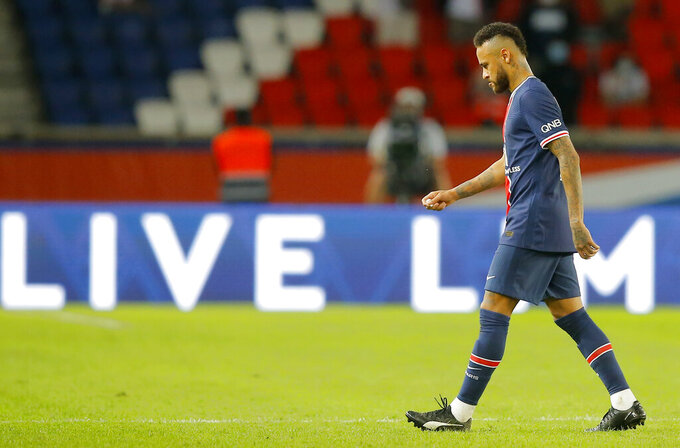 PSG???s Neymar leaves the pitch after getting a red card during the French League One soccer match between Paris Saint-Germain and Marseille at the Parc des Princes in Paris, France, Sunday, Sept.13, 2020. (AP Photo/Michel Euler) 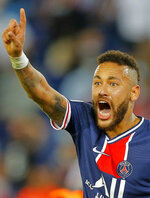 SAO PAULO (AP) — Neymar and Philippe Coutinho were picked for Brazil's squad Friday ahead of next month's World Cup qualifying matches against Bolivia and Peru.

The squad announcement comes after FIFA assured national teams that players based in Europe would be available for the international duty amid the coronavirus pandemic.

Brazil will face Bolivia on Oct. 9 and then travel to Peru on Oct. 13.

Brazil, Peru, Colombia and Argentina are among the top 10 countries in the world in terms of confirmed cases of COVID-19.

The opening rounds of South American qualifying were initially scheduled for March but were originally postponed to September and later pushed back to October.