No. 12 Tennessee gets past Colorado in long-delayed opener 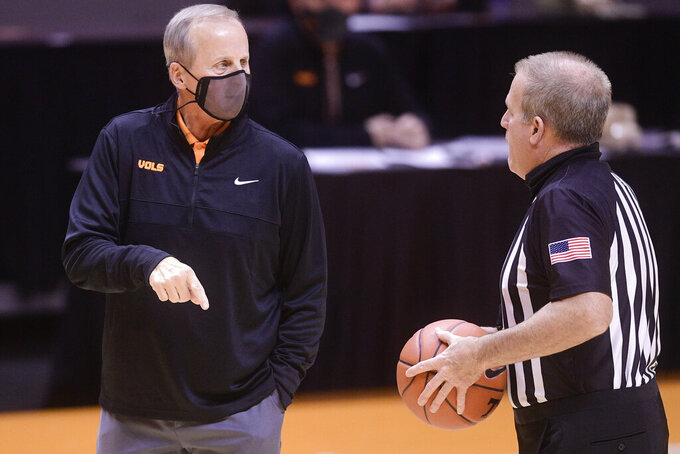 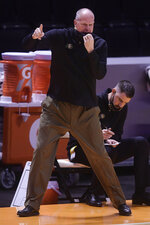 KNOXVILLE, Tenn. (AP) — After five pandemic-related postponements, No. 12 Tennessee made the most of its opener Tuesday night, struggling to a 56-47 victory over Colorado.

The Volunteers (1-0) didn't get their first player into double figures until less than a minute remained when John Fulkerson hit two free throws to reach 11 points.

“It’s December whatever, and we’re playing our first game,” Tennessee coach Rick Barnes said. “We’re just hoping to figure out our substitution patterns. There were times when we lost some rhythm.”

Reserve Jeriah Horne scored 15 points for the Buffaloes (2-1), who had their own COVID-19 problems. They had a 10-day layoff, then traveled halfway across country to finally play a game, and the rust was evident as the Buffs had 23 turnovers.

“We were not good enough offensively,” Colorado coach Tad Boyle said. “I got to do a better job as their coach. But I thought we dribbled the ball way too much. We were so impatient. Some of our turnovers were self-inflicted, some of them were the result of Tennessee.”

McKinley Wright, who averaged 22 points in Colorado's first two games, was handcuffed by the Vols' defense. He scored six points in the first half and finished with eight. Victor Bailey, who sat out last season after transferring from Oregon, had the biggest impact on Wright.

“We knew they had talented guards,” Bailey said. “We took the matchups personally. McKinley Wright was the head of the snake. He was the one we needed to stop.”

Leading by seven at halftime, Tennessee struggled at the start of the second half. The Vols started 1 for 5 and Colorado closed within 33-31.

Defense then ignited the Vols. Keon Johnson batted the ball off Wright for a turnover and converted a dunk on the offensive end that he celebrated emphatically. Colorado's next possession ended in a steal by Vescovi, who drained a 3-pointer for a 38-31 lead.

“When guys show that kind of emotion, everyone else feeds off it,” Bailey said.

With just under eight minutes gone in the first half, the Buffaloes had hit 1 of 9 shots and turned the ball over six times as the Volunteers jumped out to a 17-2 lead.

Tennessee upped its advantage to 26-10 before the Buffaloes woke up. Horne scored five points in a 14-2 run. Colorado shifted to a zone defense that caused the Vols problems.

Yves Pons led Tennessee with 10 rebounds, though the Vols were outrebounded 38-32.

“The biggest concern I have is the way we rebounded,” Barnes said. “We have to be better to be the team we want to be.”

Colorado: The impromptu game was actually the first of a three-game series signed by the teams. The Vols will travel to Boulder next year, and the Buffaloes will return to Nashville the following season.

Tennessee: The Vols were antsy for competition. Five games were postponed by the virus. Finding an opponent willing to travel to Knoxville on short notice was critical.