No. 19 Rutgers beats No. 13 Illinois to remain unbeaten 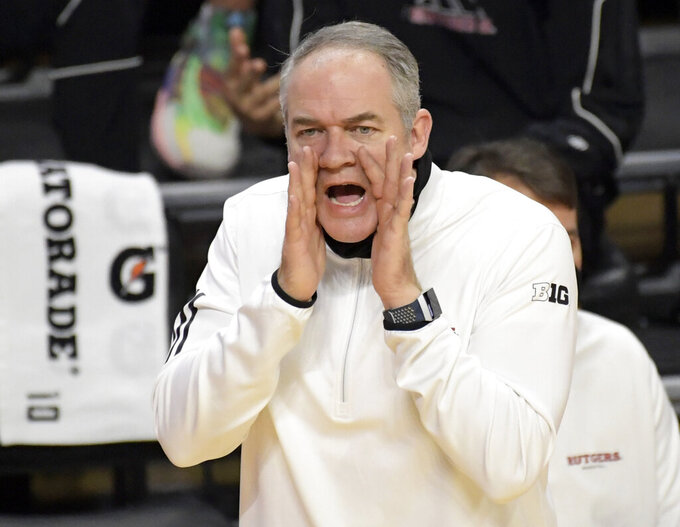 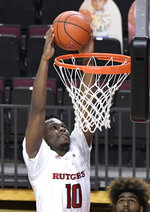 PISCATAWAY, N.J. (AP) — Rutgers entered the season with great expectations. Six games in, the Scarlet Knights look like they could exceed them.

The win was Rutgers first in a game with both teams ranked since defeating St. John’s 1975-76 season, the year the Scarlet Knights went to the Final Four.

Illinois (5-3, 1-1), came into the season as one of the favorites to win the Big Ten. Rutgers has to be in that group now.

“We don’t spend a lot of time talking about those expectations. We just talk about what we need to do to win that next game,” Rutgers coach Steve Pikiell said. “And I tell our guys all the time don’t read the (press) clippings. Just stay focused on the next game and understand what we have done and they’ve been really mature like that so we gotta keep that up.”

Rutgers trailed by 11 points in the first half and didn't take it's first lead until the final 20 minutes.

“We showed the nation that we don’t have any quit in us,” said Harper, who was 5 of 8 from long range and scored 19 points in the second half. “When adversity hits, you have to stay together and that’s exactly what this team does. When we’re down 11 we could have just laid down and on our backs and just given up, but we didn’t and we kept fighting and we stayed together and we showed that we’re a bunch of fighters.”

Illinois coach Brad Underwood said Harper hit a 3-pointer late in the first half and that seemed to get him going.

"That’s all that it takes for a guy like that to get going,” Underwood said. “When you’re a veteran, you’re averaging 25 points a game, you just need a clean look at the rim. Those are the things that get you going. He got his confidence in the second half and he did what a good player does.”

Rutgers put the game away with a 12-1 run that sparked by a technical foul on Da'monte Williams for an elbow while trying to box out after a free throw.

“We just settled in. … We could score this year. We can defend.” Pikiell said. “It’s a couple of possessions, and I thought we were getting some good looks."

“Our goal as a team is to win as many games as possible,” Johnson said. “Get to March Madness, win the Big Ten.”

Rutgers big man Cliff Omoruyi sustained a non-contact injury to his right knee 2:18 into the second half. The trainers put a brace on the knee and he rode the stationary bike for a few minutes before going to the trainer’s room and returning to the bench, but not the game. The ballyhooed freshman recruit finished with two rebounds.

“I don’t know a lot,” Pikiell said. “He’s in the training room now. It’s his knee, and we’ll get it checked out tomorrow and hoping like heck that he’s good.”

Illinois: The Fighting Illini are in the final leg of a back-to-back road trip, and were looking to start 2-0 in the Big Ten for the first time since 2013-14. While Rutgers prevented Illinois from doing so, the Illini look like a team poised to compete for the Big Ten title.

Rutgers: Playing in its first game involving two top 20 opponents since 1979, the Scarlet Knights began a six games stretch where five games against teams ranked in the Top 25, with a home-and-home vs. No. 20 Ohio State, and top-5 matchups against No. 3 Iowa and at No. 4 Michigan State, all by January 9.

Illinois: At Penn State on Wednesday.

Rutgers: At No. 20 Ohio State on Wednesday.