No. 24 Iowa looking for a road win against surging Illinois 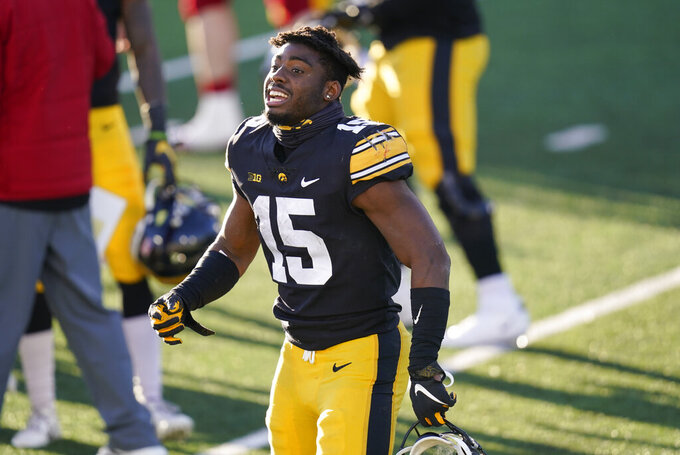 The Hawkeyes are playing their best football of the year and need a solid win over Illinois to maintain their Top 25 status and remain in the hunt for a conference title, although COVID-19 cancellations have muddied those waters lately. With an upset, Illinois can continue to gain momentum after a rough start. During their 41-23 win against Nebraska two weeks ago, the Illini ran for 302 yards on 52 carries. Illinois was idle last Saturday after its home game against No. 2 Ohio State was canceled due to a Buckeyes’ COVID-19 outbreak.

Iowa’s passing game versus a tough Illinois defense, particularly the secondary. Iowa has announced that Spencer Petras will make his seventh consecutive start. In six games, Petras has completed only 56.3% of his passes for 1,138 yards, four touchdowns, and five interceptions. The Illinois defense is led by linebacker Jake Hansen and a secondary featuring elite pass defender Nate Hobbs. On offense, Illinois has had five 100-yard rushers in its last three games, including 100-plus last week from running backs Mike Epstein and Chase Brown.

Iowa: Running backs Tyler Goodson and Mekhi Sargent have been a solid 1-2 punch. Sargent had two rushing touchdowns last week while Goodson had one. Both will need big days against a tough Illinois defensive front.

Illinois: QB Brandon Peters continues to impress after missing much of the early season due to COVID-19 contact tracing protocols. Illinois has four quarterbacks on its roster, and all of them have logged considerable time this season. Isaiah Williams’ 192 rushing yards at Rutgers on Nov. 14 (his first career start) was the most rushing yards by a quarterback in program history.

Saturday will be the 76th meeting between the Illini and Hawkeyes in a series that dates to 1899. The two teams avoided playing each other from 1953-1966 because of a fight following the 1952 game. ... Iowa shut out Illinois 63-0 at Memorial Stadium in the Hawkeyes’ last visit to Champaign on Nov. 17, 2018. ... Iowa junior Henry Marchese is the twin brother of Illini senior Michael Marchese. Their dad, John Marchese, played football at Iowa from 1982-86. ... Illinois head football athletic trainer Jeremy Busch graduated from Iowa and worked as an undergraduate athletic trainer for the Hawkeyes.