No social distancing in space: New crew greeted with hugs 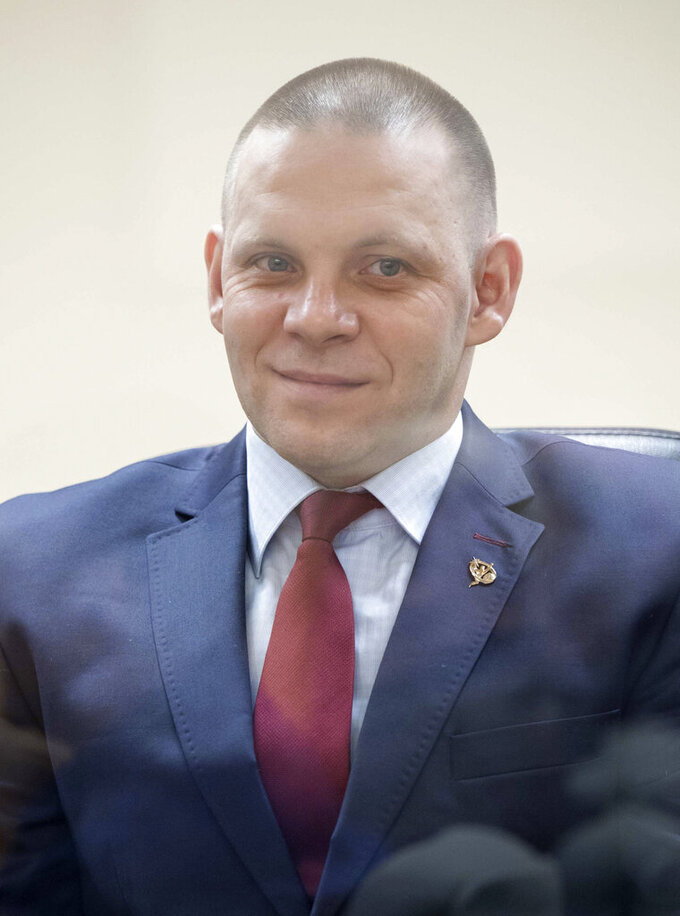 In this handout photo released by Roscosmos Russian cosmonauts Ivan Vagner, member of the main crew to the International Space Station (ISS), seen through glass as he attends a State Committee meeting at the Baikonur Cosmodrome, Kazakhstan, Wednesday, April 8, 2020. The new Soyuz mission to the International Space Station is scheduled on Thursday, April 9. (Roscosmos Space Agency Press Service via AP) 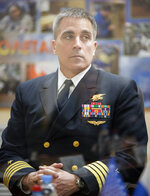 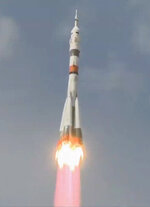 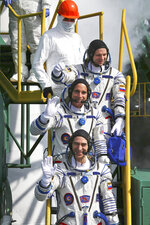 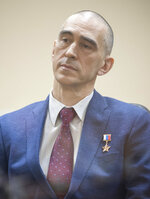 CAPE CANAVERAL, Fla. (AP) — Three astronauts flew to the International Space Station on Thursday, departing the virus-plagued planet with little fanfare and no family members at the launch site to bid them farewell.

NASA’s Chris Cassidy and Russians Anatoly Ivanishin and Ivan Vagner arrived at the orbiting lab in their Soyuz capsule six hours after blasting off from Kazakhstan. They joined two Americans and one Russian who will return to Earth in a week.

There was no social distancing 260 miles (420 kilometers) up: As they floated into the space station one by one, the new astronauts embraced the three already there. They had been in prelaunch quarantine for the past month.

The newest crew members will remain on board until October, keeping the outpost running until SpaceX launches a pair of NASA astronauts from Florida’s Kennedy Space Center, as early as next month. It will be the first orbital launch of astronauts from the U.S. since NASA’s space shuttle program ended in 2011.

Thursday’s liftoff was low-key even by Russian standards, given the coronavirus pandemic sweeping the globe. NASA televised the liftoff live as usual, but only a few Russia-based employees of the space agency were at the Baikonur Cosmodrome.

Cassidy’s wife, Peggy, watched the launch from NASA’s Mission Control in Houston. She returned home a few weeks ago, after saying goodbye to her husband at cosmonaut headquarters in Star City, Russia.

“No virus is stronger than the human desire to explore,” tweeted NASA Administrator Jim Bridenstine. “I’m grateful to the entire @NASA and @roscosmos teams for their dedication to making this launch a success.”

On the eve of liftoff, the astronauts said they felt fantastic after being in strict quarantine. The sparse crowds mostly stayed a safe distance from the astronauts; even the Orthodox priest offering the customary blessing stood several feet away.

“Obviously, we’d love to have our families here with us, but it’s what we understand we have to do to be safe,” Cassidy said Wednesday. “The whole world is also impacted by the same crisis.”

Added Ivanishin: “We’ve been completely isolated at this final stage of training.”

There was another twist, besides coronavirus: Ivanishin and Vagner were assigned to the flight just two months ago, after one of the original Russian crewmen suffered an eye injury.

Because of the late crew swap, Ivanishin and Vagner had no clothes waiting for them at the space station. They took a few extra outfits with them on the Soyuz, with more due to arrive on the next Russian supply ship later this month.

Officials from NASA and the Russian Space Agency were among only a few to address the astronauts, protected behind a glass wall, before they departed for the launch pad. The room normally is packed with family, friends and space program types; on Thursday, the rows of seats were almost all empty. Journalists were among those kept away.

“It was a stunning launch and docking," NASA's Mission Control radioed from Houston after the crew arrived. "And while we wish we had everyone to see you off from Baikonur, we know your family and friends, and your NASA family, were watching the whole way and couldn't be more proud."

This is the third spaceflight for Cassidy and Ivanishin, and the first for Vagner.

Already on board — and due to return to Earth on April 17 — are NASA’s Jessica Meir and Andrew Morgan, and Russian Oleg Skripochka.

The director of Roscosmos — Russia’s space agency — said earlier this week that nine employees have tested positive for coronavirus. Roscosmos controls a sprawling network of production plants and launch facilities, and has about 200,000 employees, said director Dmitry Rogozin, who attended Thursday’s launch.