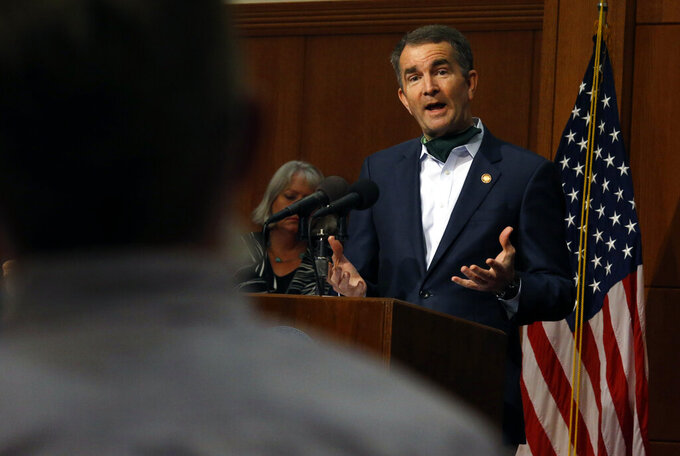 “Virginia’s healthcare workers are heroes,” Northam said in a news release. ”We must ensure that they can continue to provide high-quality and compassionate care during this tremendously challenging time.

“It is in the public interest to afford healthcare providers involved in the delivery of healthcare impacted by COVID-19 with adequate protection against liability for good faith actions or omissions taken in their efforts to combat this health emergency,” the governor wrote in the executive order.

The order doesn’t prevent liability in the case of gross negligence or willful misconduct.

Health officials in Virginia reported more than 14,330 total cases of COVID-19 as of Tuesday, with 2,165 hospitalizations. The death toll stood at 492.

Meanwhile, the University of Virginia Health System announced that it would implement a series of moves in response to lost revenue stemming from the outbreak, among them reductions in pay for leadership and physicians and reduced contributions to retirement funds.

The news release from UVA Health cited unoccupied beds as a key factor in the decision to implement the health system's cuts. Surgeries have declined by 70% and clinic visits have fallen by 90%, UVA Health officials said. As a result, the fall in revenue has led to a deficit of $85 million a month.

“The challenges presented by this crisis are difficult to exaggerate,” Dr. Craig Kent, executive vice president for health affairs for the University of Virginia, said in the news release. “We have no choice but to take action – now – to stabilize our organization.”

Officials said leaders are being asked to find savings in spending, as well as reducing overtime and limiting work with contract staff.

Retirement contributions will be suspended through the end of July for all UVA Medical Center and non-physician UVA Physicians Group employees, the news release said. Also, funding will be reduced this year for the School of Medicine, School of Nursing and Health Sciences Library.

Furloughs are also planned for some non-patient care staff at UVA Medical Center and UVA Physicians Group, officials said. The furloughs could last up to three months.

“Actions that affect staff were the last resort, and are being put in place with the hope of avoiding the widespread layoffs other hospital systems in the region and country have been forced to make,” Kent said.