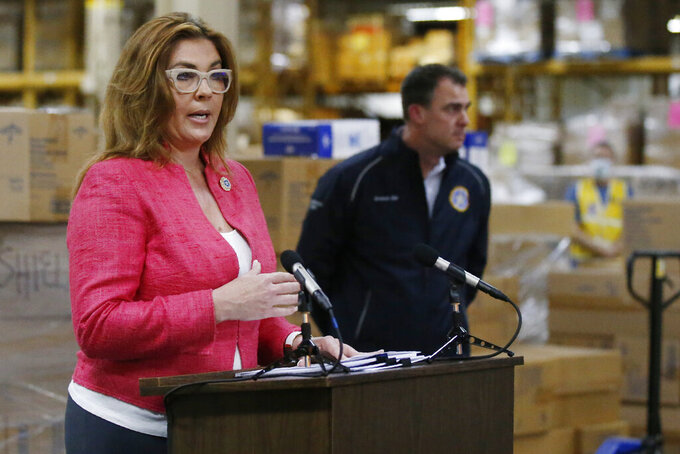 OKLAHOMA CITY (AP) — An investigation into fraudulent unemployment claims made during the coronavirus pandemic has been turned over to the U.S. Department of Labor’s Office of Inspector General and the U.S. Secret Service, the Oklahoma State Bureau of Investigation said Wednesday.

The investigation found fraud beyond the borders of Oklahoma, OSBI said.

“These criminals might be outside of our reach, but they are not outside the reach of the United States federal government,” OSBI Director Ricky Adams said in a news release. “Our agents and intelligence analysts will be here to assist our federal partners as necessary" in investigating fraud in Oklahoma.

The latest report from the Oklahoma State Department of Health brings the total number of positive cases in Oklahoma to 6,229 and the death toll to 322. The case count is likely far higher because many people have not been tested, and studies suggest people can be infected and not feel sick.

The four deaths reported Wednesday were all people over the age of 65; a man and a woman in Tulsa County and two women in Washington County.

Oral Roberts University in Tulsa said Wednesday that in-person classes will resume in the fall semester. The semester will end with the Thanksgiving break.

Instead of a traditional week-long fall break, the university will have three, one-day holidays during the semester, it said in a news release.

“While it is unusual to think about a fall semester without a fall break, we believe these three ‘one day off’ moments will be valuable,” ORU President Dr. William M. Wilson said. “Our goal is to keep our students safe by preventing travel and ultimately decreasing possible exposure to COVID-19.”

OU on Tuesday announced plans to open its football facilities on July 1. Players must be tested beforehand and monitored by medical staff.