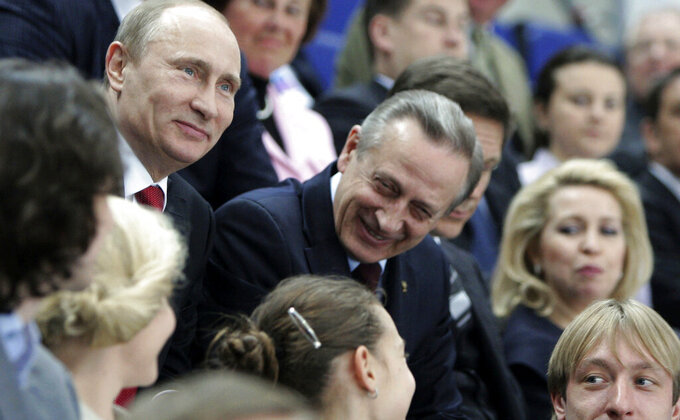 MOSCOW (AP) — Alexander Gorshkov, who won the first ice dance gold medal at the 1976 Olympics and later became a leading official in Russian figure skating, has died. He was 76.

The Russian Figure Skating Federation said in a statement on Thursday that Gorshkov "died suddenly” without giving further details.

Skating with his wife Lyudmila Pakhomova for the Soviet Union, Gorshkov won the gold medal when ice dance made its debut on the Winter Olympic program in Innsbruck, Austria, in 1976. They were six-time world champions whose ground-breaking performances in the years leading up to 1976 helped to convince officials to make ice dance an Olympic event.

Pakhomova's and Gorshkov's Olympic win started a dynasty, with six of the next eight ice dance gold medals through 2006 awarded to skaters representing the Soviet Union, and later the post-Soviet Unified Team and Russia.

Gorshkov later became an official at the International Skating Union and was president of the Russian federation from 2010 until his death.

This story has been corrected to show the 1976 Winter Olympics were in Innsbruck, not Montreal.