Orioles show progress in second year of rebuild under Elias 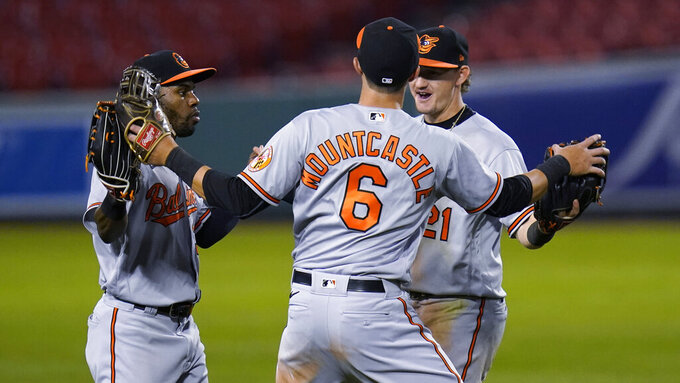 If Baltimore Orioles general manager Mike Elias was to assess his rebuilding project on results alone, he'd take no satisfaction in finishing 10 games under .500 and in fourth place in the AL East.

Elias, however, remains focused on the long term. So he sees reason to be enthusiastic about the improvement the Orioles showed in the second year of his quest to bring glory days back to Baltimore.

Young starters Keegan Akin and Dean Kremer shined in their first season in the majors. Second-year starter John Means got in a groove in September, and Hunter Harvey and Tanner Scott took the next step in their development as effective relievers. The offense received a boost from the power of former No. 1 draft pick DJ Stewart, the all-around play of Anthony Santander and the surprising consistency of 23-year-old Ryan Mountcastle, who batted .333 with five homers and 23 RBIs in 35 games after making his long-awaited debut in August.

The Orioles were 20-21 on Sept. 8 before fading, but despite the slide they looked better than the team that suffered through two straight 100-loss seasons before negotiating this pandemic-shortened, 60-game slate.

“It's very difficult for me to label any season a success where we have a losing record and don't make the playoffs, but I see enough positive things where we can feel good that this year was not wasted and we made progress toward our ultimate goal," Elias said. “I think that the style of play, the competitive nature of the team and the individual improvement was self-evident."

It might be a while before the Orioles catch up to the Yankees, Tampa Bay and even Toronto in the AL East, but at least now there's reason to believe Baltimore is on its way up.

“We’re really trending and heading the right direction, and that’s what you want to see in Year 2 of this," manager Brandon Hyde said.

The Orioles played the entire season without their best player of 2019, slugger Trey Mancini, who was sidelined while receiving treatment for colon cancer.

Mancini batted .291 with 35 homers and 97 RBIs last year, numbers that would fit well into the middle of the batting order in 2021.

“We're very hopeful and excited that he can come back and help us," Elias said. “He went through a lot and is going to have get his strength back and baseball activities back, but we have nothing but confidence that he's going to do it this offseason and have a great year."

The sad saga of Chris Davis continued in 2020. In the fifth season of a seven-year, $161 million contract, the former two-time home run champ bottomed out with a .115 batting average, no homers and one RBI while battling injuries.

His extended slump, which began before Elias arrived, has been a hindrance in the rebuilding process because of Davis' salary and age (34).

“It was not a successful year for Chris on a number of fronts," Elias acknowledged. “It's a tough situation for everyone involved. He is under contract with the team. There's a lot that goes into that, and we do not have plans to alter that."

With no money generated from attendance, the Orioles will be very budget conscious in the months ahead.

“We're going into a very uncertain offseason from a number of angles," Elias said. “Baseball teams do a lot of planning and budgeting, and all of that is totally out the window because of this (pandemic) that turned the world upside down. We can't estimate our revenue. There's been a lack of ability to plan that we expect will persist this winter."

Nonetheless, the Orioles are optimistic about what lies ahead.

“We’re seeing a youth movement on our team, and you can kind of look toward the future to what we’re going to look like in a couple years," Hyde said. “Yeah, we’re taking our lumps. But we’re competing."