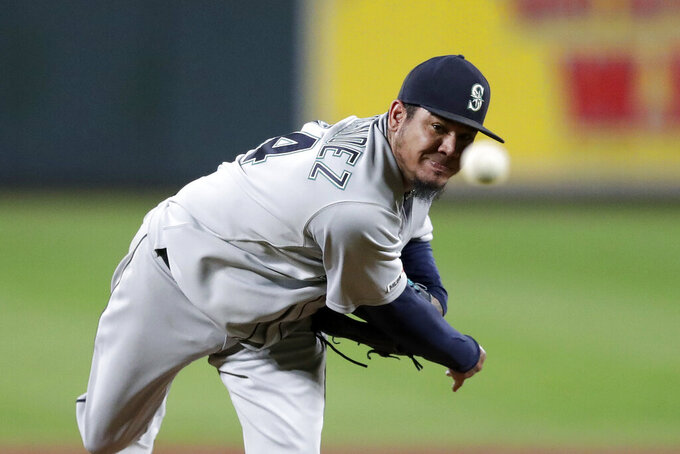 The 34-year-old signed a minor league deal with Atlanta and looked sharp during spring training, but ultimately opted out of the pandemic-shortened 60-game season.

Hernández could earn a rotation spot with the rebuilding Orioles, who have 2019 All-Star left-hander John Means locked in as a starter but not much else. They traded Alex Cobb to the Los Angeles Angels on Tuesday, leaving Keegan Akin, Dean Kremer, Jorge López, Wade LeBlanc, Thomas Eshelman and Bruce Zimmermann as the only returning players to start at least one game in 2020.