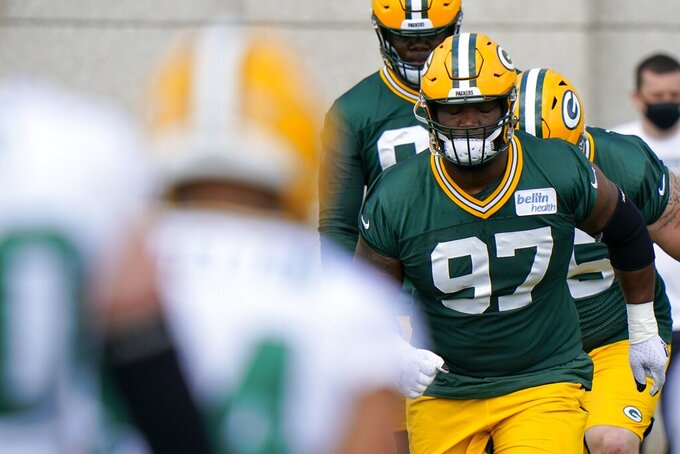 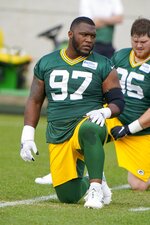 Now the Packers have given him a contract that showcases that.

The Packers announced Saturday they had signed the 24-year-old Clark to a contract extension without disclosing the length or terms of the deal. Clark’s agent, Doug Hendrickson, confirmed an ESPN report that the 2016 first-round draft pick from UCLA agreed to terms on a deal worth $70 million, with a $25 million signing bonus.

“Over the years, I’ve just been trying to just, not get out of that (idea that) nose tackle is just a plug. you just plug the gap guy and all he’s worried about is run, and all that kind of stuff,” Clark said. “I’ve just been focused on pass rushing and being able to be an all-around player. I think this deal really solidifies that and really shows nose tackles can do both and get paid high. I’m just excited about it.”

The signing was announced on the day the Packers conducted their first training camp practice as they try to take the next step after going 13-3 and losing in the NFC championship game last year.

Clark has emerged as the Packers’ top defensive lineman. He recorded six sacks for the second straight season last year and was named to the Pro Bowl as an injury replacement.

“Kenny is the epitome of what we’re all about here,” Packers coach Matt LaFleur said. “He works hard on a daily basis. He is becoming more of a vocal leader for us and (I'm) just really happy for him."

According to NFL Next Gen Stats, Clark had 49 quarterback pressures and 43 disruptions to rank second in the league among everyone who played at least 75% of their snaps on the interior defensive line.

He has 16½ sacks over his four-year career, with all of them coming in the last three seasons.

“My biggest thing this year is I’ve just got to be more consistent throughout the year,” Clark said. “Last year, I started off hot, kind of lulled off in the middle of the season and then ended off hot. I’ve just got to put a whole season together and just be consistent on a game-in, game-out basis. That’s what they’re paying me to do, so that’s what I’ve got to bring every day.”

Packers quarterback Aaron Rodgers says Clark at times hasn't gotten as much attention as he deserves, but added that “I think the teams that play him know how dominant he can be.”

“He’s a fantastic guy,” Rodgers said. "He’s a quiet guy who goes about his business the right way. He’s found his voice at times and his leadership role has increased over the years. It’s been fun to watch him kind of step into that opportunity. He’s one of those guys you just know you can count on every single week.”

Clark, who turns 25 on Oct. 4, was eligible to become a free agent next year. Now that the Packers have reached a long-term deal with him, they can start making decisions on all the other notable players with contracts set to expire in 2021. That list includes Pro Bowl defensive tackle David Bakhtiari, running backs Aaron Jones and Jamaal Williams, cornerback Kevin King, center Corey Linsley and guard Lane Taylor.

“I’m just excited to be a Packer for the long haul,” Clark said.