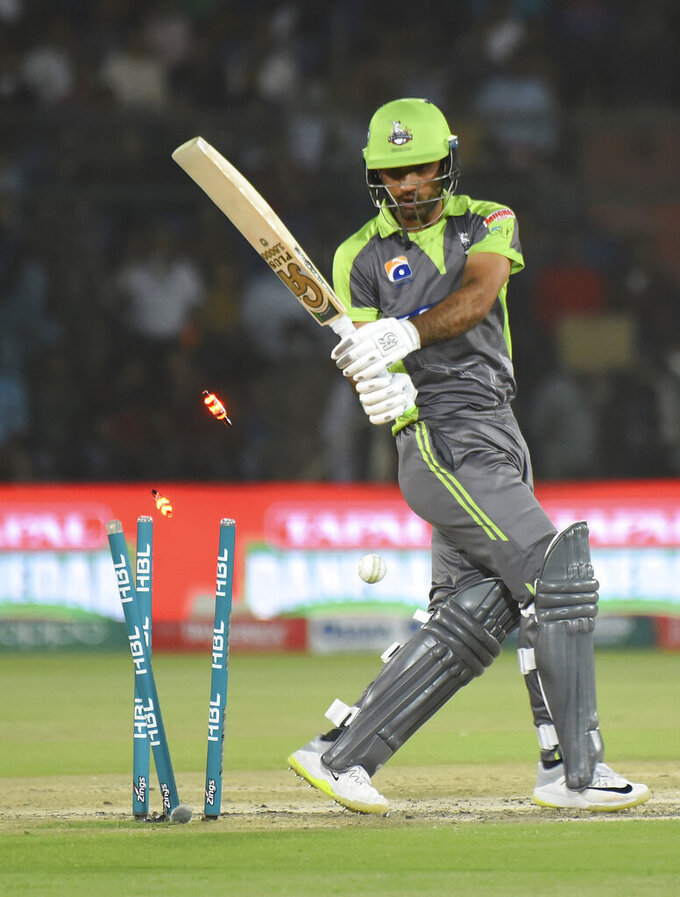 The fourth team, Peshawar Zalmi, was the 2017 champion.

Karachi plays Multan in the first qualifier, with the winner advancing to the final. The loser will have a second chance to reach the final by playing the winner of the eliminator on Saturday between Lahore and Peshawar.

The fifth PSL was postponed on March 17 after England batsman Alex Hales was suspected of contracting COVID-19 just an hour before the playoffs. Hales is back for Karachi, but not two of his foreign teammates, the West Indies' Kieron Pollard and England's Chris Jordan.

They are touring with their national teams and have been replaced by South African Wayne Parnell and West Indian Sherfane Rutherford. They will complement a team already boasting Pakistan captain Babar Azam and fast bowler Mohammad Amir.

Multan lost England's James Vince and Bangladesh’s Mahmudullah after they tested positive in predeparture COVID-19 tests. Mahmudullah had replaced Moeen Ali, who was picked for England's tour of South Africa.

But Multan has roped in English top-order batsmen Adam Lyth and Joe Denly along with Brendan Taylor of Zimbabwe.

Lahore has retained Australian batsman Ben Dunk, who has 266 runs at an average of 53.20 with a league-leading 23 sixes, and fast bowler Shaheen Afridi, who tops the bowling chart with 13 wickets in nine matches at 18.92.

Peshawar has replaced an unavailable Darren Sammy with South Africa’s Faf du Plessis, who will be making his PSL debut. Du Plessis scored more than 400 runs for Chennai Super Kings in the recent Indian Premier League in the United Arab Emirates.