As a pandemic presses on, waves of grief follow its path 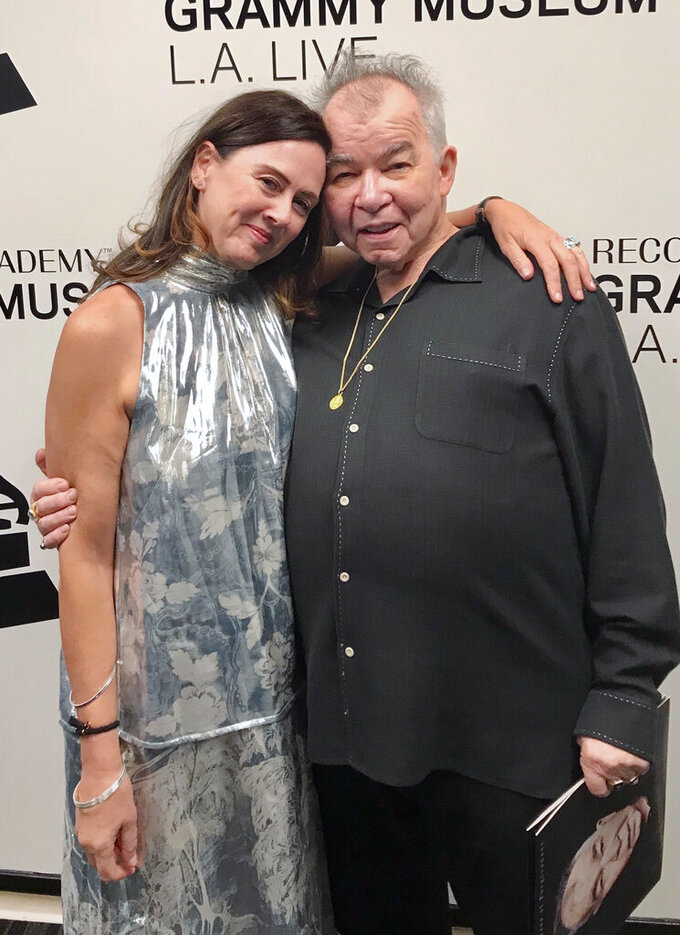 This 2018 photo provided by Fiona Prine shows Prine and her husband, John, in Los Angeles. Both battled COVID-19, but John lost his life to the disease. (Courtesy of Fiona Prine via AP) 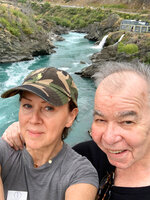 In a strong voice tinged with her Irish homeland, Fiona Prine talks hauntingly about loss. From her COVID-19 infection and isolation — self-imposed in hopes of sparing her husband, folk-country legend John Prine — to his own devastating illness and death, she’s had more than her share in this year like no other.

Illness and death are the pandemic’s most feared consequences, but a collective sense of loss is perhaps its most pervasive. Around the globe, the pandemic has spread grief by degrees.

While less than 1% of the global population is known to have been infected, few have been spared loss since coronavirus took hold. With deaths topping 1 million worldwide, full-blown bereavement is the most recognizable.

But even smaller losses can leave people feeling empty and unsettled.

Layoffs. Canceled visits with Grandpa. Shuttered restaurants. Closed gyms. These losses don’t fit neatly into a “Hallmark category.’’ But they are not insignificant — especially when anxiety is already heightened, says psychologist and grief specialist Robert Neimeyer of the Portland Institute for Loss and Transition.

Activities that are part of usual routines, that bring pleasure or purpose, give people a sense of control over their lives. Losing them can result in psychological distress and unease, he says.

People usually look to families, friends, communities for support in coping with loss. But in the pandemic, “We don’t have as much capacity as a human community to meet the needs. Nearly everyone has been affected,’’ he says.

“If you were to approach anyone on the street," Neimeyer says, "and ask them 10 times, `What have you lost?', you would hear some remarkable stories.’’

John and Fiona Prine's is one of those. By the time they arrived home from a trip to Ireland in late February, the pandemic was spreading. Soon after, Prine had hip replacement surgery, and they hunkered down in their Nashville home for his recovery.

Though feeling healthy, they had coronavirus tests just to be safe.

Prine was 73, a cancer survivor with chronic lung disease, but still performing regularly. His wife and manager, 15 years younger, was protective. When the call came disclosing she’d tested positive, “I literally bolted for the bedroom and locked myself in practically.”

His results were “indeterminate." But he seemed OK.

Her quarantine was tough on both of them. They FaceTimed every evening. “He didn’t like to be away from me,’’ she says.

At her quarantine’s end, she zipped downstairs, in gloves and mask. Her husband had been napping more than usual, and she immediately saw that he was not OK. Their pulse oximeter, a device used to measure blood oxygen levels, confirmed her fears. “I immediately drove him to the ER,'' she says. She knew instinctively that the virus had already attacked his lungs.

She saw him again almost two weeks later when a doctor called her to the hospital. The Prines spent his final 17 hours together.

Six months later, she’s learning to cope. Grief counseling has helped. But there are random moments when "I’m just absolutely swept away by grief. And I’ve learned not to stifle it.’’

In Georgia, in a mostly Black and rural county, no one knows the toll of pandemic losses better than Adrick Ingram, the coroner.

COVID-19 deaths in Hancock County total at least 43, amounting to 5 deaths per 1,000 — the highest per-capita rate of any U.S. county.

Ingram is used to seeing grief up close and personal in his dual jobs, declaring cause of death and running a funeral home.

‘’I try my best to compartmentalize, to have empathy but also to find ways to relax my mind and distance myself from my work," says Ingram, 44. "And I have to do that, because it would be way too much otherwise.’’

It has been way too much in 2020. One out of every four funerals has been a COVID-19 death. Many are people he knew well. “You know their children and their wives,” he says.

He has a wife and a 7-year-old son. They fear he’ll bring the virus home. When it all gets to be too much to bear, Ingram goes running, or escapes into Netflix.

For cancer doctors, grief goes with the job. Dr. Hanna Sanoff of the University of North Carolina has learned how to deliver bad news in person and share patients' grief “without losing myself.”

The pandemic upended all that.

“I find myself wholly unprepared to speak of death and dying across cell phones or video links with unreliable connections,” she wrote recently.

In the intimacy of an office visit, Sanoff can see body language, make eye contact and feel subtle cues that let her know when to pause, take a breath and give patients time to absorb the gut punch. She can wait through their tears, let them hold their loved ones, embrace them herself.

That's all lost on a grainy computer screen.

Sanoff detailed the grimness of one of these encounters in a recent medical journal essay in which she told of delivering bad news to a pancreatic cancer patient and her wife — via laptop.

“This couple lost their final trip to ‘their place'; they will not get their bittersweet final swim in the warm Caribbean,” she wrote. These patients, she wrote, are "trying not to rage at the arbitrary injustice of a premature loss of love’s shared joys.”

Neimeyer, the grief psychologist, says people are pretty good at adapting to loss, “even following war and conditions of famine, government breakdown and civil unrest.’’ Yet the persistent pandemic, he says, could lead to a rise in prolonged grief — a kind which can be disabling and last for several months. It’s most common after a loved one’s death, but can happen with other losses too.