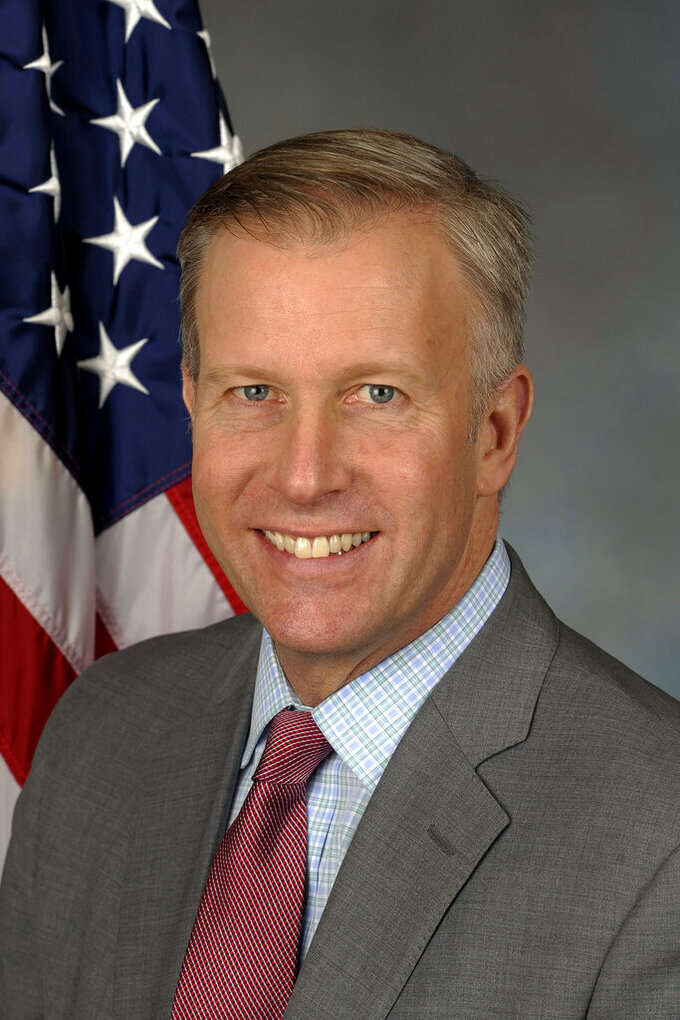 BUFFALO, N.Y. (AP) — The U.S. House district once represented by Chris Collins is on two separate ballots Tuesday in a special election to fill out the convicted former congressional member's fourth term and in a Republican primary for the GOP line in November’s general election.

The unusual situation is part of election season fallout from the coronavirus pandemic. To avoid creating crowds, Gov. Andrew Cuomo moved the special election originally scheduled for April to coincide with state and federal primary elections.

Collins narrowly won reelection in 2018 while under federal indictment for insider trading but pleaded guilty on Sept. 30. He resigned from Congress the next day, setting off a scramble to fill his seat.

The special election in the Republican-leaning district pits state Sen. Chris Jacobs, a wealthy developer, against Democrat Nate McMurray, a former town supervisor who lost to Collins by about 2,500 votes two years ago. Accountant Duane Witmer will appear on the Libertarian line and Michael Gammariello for the Green Party.

Also Tuesday, Jacobs will be running in the Republican primary against former town Justice Beth Parlato and Erie County Comptroller Stefan Mychajliw. The winner also will face McMurray in the general election for a full two-year term that begins in January. Parlato was endorsed by the Conservative Party.

Having both elections on the same day raises the possibility that Jacobs could win the seat but lose the opportunity to run for reelection as a Republican in November.

President Donald Trump tweeted his endorsement of Jacobs on June 2 and twice more in the following two weeks, describing him as strong on the border, military, Second Amendment, crime and taxes.

“Chris has my Complete and Total Endorsement!” Trump blasted in each tweet on behalf of Jacobs to the district that gave him biggest margin of victory of any in the state in the 2016 presidential election. Collins had been the first member of Congress to endorse Trump for president.

Nearly 40% of the 27th Congressional District’s voters are registered Republicans. About 30% are Democrats and the rest are independent or enrolled in minor parties, according to the state Board of Elections. The largely rural district touches eight counties between and around Buffalo and Rochester.

The double vote could advantage Jacobs, given that Republicans who vote for him in the special election may be unlikely to vote against him in the primary, said political science Professor Timothy Kneeland, of Nazareth College in Rochester.

“For a voter, it would be a lot easier and simpler to simply vote for Jacobs for both,” he said.

Coincidentally, Collins at one point was scheduled to report to prison June 23, something Kneeland said could have given McMurray, the Democrat, a boost among voters casting ballots that day. A federal judge has since agreed to delay the start of his 26-month sentence until Aug. 18 because of the 69-year-old’s risk of getting COVID-19.

Jacobs and McMurray, in the special election’s lone debate, each condemned the killing of George Floyd at the hands of Minneapolis police. Jacobs aligned with Trump’s call for “law and order” in the aftermath, while McMurray said he opposed the use of the military to control protesters.

When asked about Trump’s June 9 tweet suggesting a 75-year-old protester who was hospitalized after being pushed by two Buffalo police officers “could be an ANTIFA provocateur,” Jacobs said there were questions that needed to be answered about the incident. He added he did not believe the officers should have been charged with felonies because they didn’t mean to hurt protester Martin Gugino.