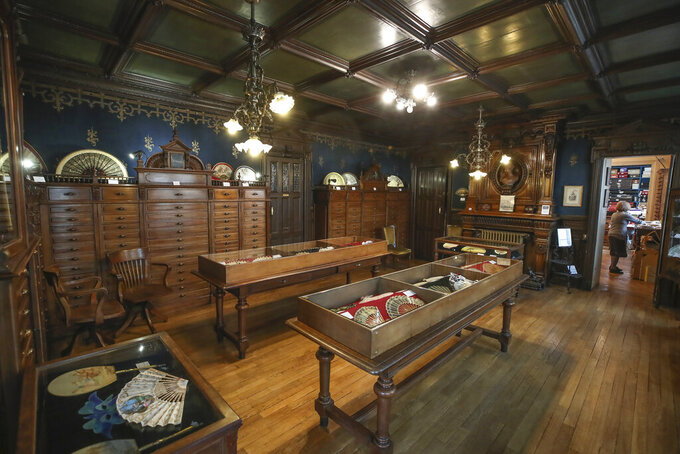 PARIS (AP) — Paris City Hall has instructed the landlord seeking to close down the city's indebted Fan Museum to extend its deadline for payment, the museum said Monday.

Director Anne Hoguet said her beleaguered museum — a registered historic monument — owed 117,000 euros in rent arrears due to losses incurred during virus lockdowns last year. The money was due Jan. 23 and the landlord had threatened to seize the museum's priceless artifacts as payment.

In response to AP’s reporting, on Thursday UNESCO called on France to do more to protect the small museum that French officials had placed on an intangible heritage list only last year.

Hoguet said that Paris City Hall officials confirmed to her that they had intervened to get the landlord to delay the deadline.

“It's a huge relief. We hope to live another day,” Hoguet said.

Paris Deputy Mayor Karen Taieb told the AP that officials are now meeting with Hoguet on Feb. 5 “in order to think about long-term solutions for this heritage museum which is in a very complicated situation.”

Hoguet said that she has been inundated with offers of donations since last week’s media reports.