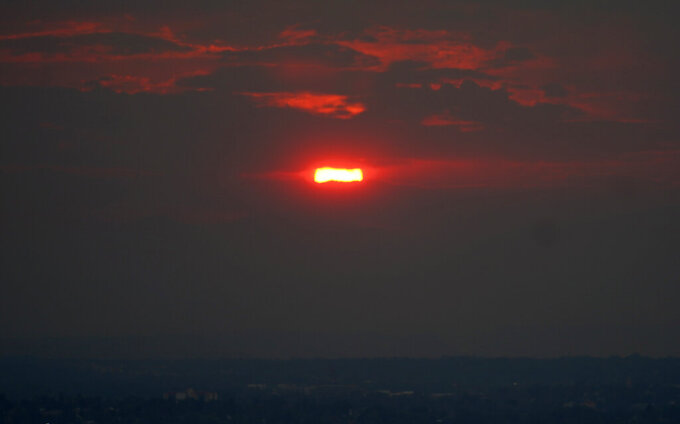 As of Wednesday morning, the so-called “Pine Gulch” fire spread across 195.5 square miles (506.34 square kilometers), according to the Rocky Mountain Area Coordination Center, the inter-agency which coordinates wildfire and other hazard incidents throughout the area.

The Pine Gulch fire is 18 miles north of Grand Junction and started July 31 from a lightning spark. The fire hasn’t destroyed any homes in the remote area but there were evacuations in a nearby county last week.

The Colorado Department of Public Health and Environment issued a health advisory for the smoke emitted by the wildfires and warned nearby residents to limit outdoor activities and stay inside. They added that the warnings were especially true for sensitive groups including those with heart disease, respiratory illnesses, the very young, and the elderly.

“If visibility is less than 5 miles in smoke in your neighborhood, smoke has reached levels that are unhealthy,” the department wrote.

The largest recorded wildfire in Colorado is known as the “Hayman fire” and was 215.25 square miles (557.50 square kilometers).

Meanwhile, another large fire east of Glenwood Springs has shut down Interstate 70, the state’s main east-west highway, for over a week.

The state is currently battling four wildfires that have spread across over 273.4 square miles (708.10 square kilometers).

On Tuesday, Gov. Jared Polis warned that the hot and dry conditions could worsen the wildfire spread. He issued a 30-day statewide ban on campfires and fireworks. Polis also said the three other fires burning in the state are suspected to be human-caused.

Polis and other state health officials warned that the poor air quality can often cause symptoms similar to those of the coronavirus and urged people to get tested if they are concerned about exposure to the virus.