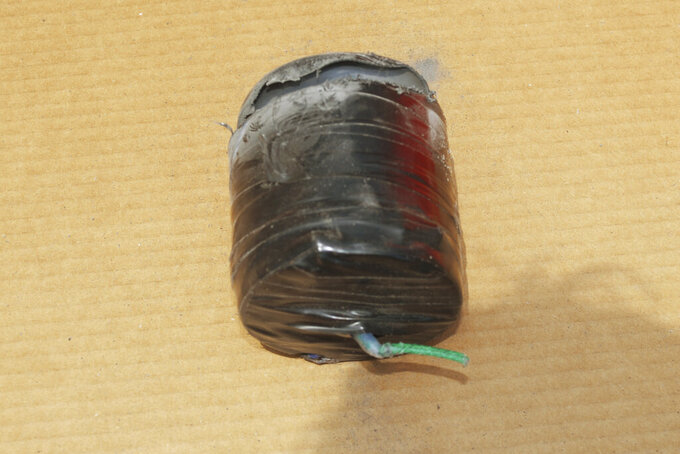 This photo, released by the Suffolk County Police, on New York's Long Island, Thursday, June 11, 2020, shows a device found in the backpack of Robert Roden. Roden, 33, was arrested on weapons and drug charges after police said he walked into Stony Brook University Hospital Tuesday night with a backpack later found to contain three explosive devices and a vest holding several magazines of gun ammunition. (Suffolk County Police via AP) 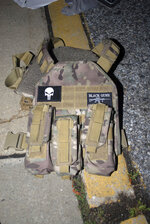 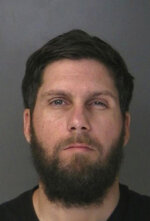 STONY BROOK, N.Y. (AP) — A man dressed in tactical gear brought explosives into a Long Island hospital while accompanying his ailing partner to the emergency room, leading to a partial evacuation of the facility, police said Thursday.

Robert Roden, 33, was arrested on weapons and drug charges after police said he walked into Stony Brook University Hospital Tuesday night with a backpack later found to contain three explosive devices and a vest holding several magazines of gun ammunition.

An off-duty New York City police detective dropping his father off at the hospital noticed Roden in his strange getup arguing with a hospital worker and alerted a security guard, who called campus police. A first responder assigned to the emergency room also expressed concern about Roden, who was upset he was being denied access to the patient area because of coronavirus visitation restrictions, the hospital said.

Officers found a “suspicious package” in Roden's backpack and took him into custody, police said. Along with the explosive devices — each about the size of a grenade with a fuse — Roden also had a hatchet, handcuffs and a BB gun, police said.

A message seeking comment was left with Roden's lawyer.

The devices have been sent to the FBI laboratory for analysis, Hart said. Based on a preliminary inspection, Chief of Detectives Gerard Gigante said, the devices could have caused major damage if they were set off.

“It did have the ability to be energized and exploded,” Gigante said.

Police evacuated two floors of the hospital, including the emergency room, for several hours while the devices were removed from the area.

Investigators are still trying to determine what Roden was doing with the explosive devices, Hart said. There was no indication he was involved with any groups seeking to cause harm. She said he and his partner were dropped off at the hospital directly from home.

Roden was charged with weapons possession, criminal contempt and drug possession. Gigante said additional charges could be filed. Roden also has a pending criminal case stemming from a December arrest on a menacing charge.