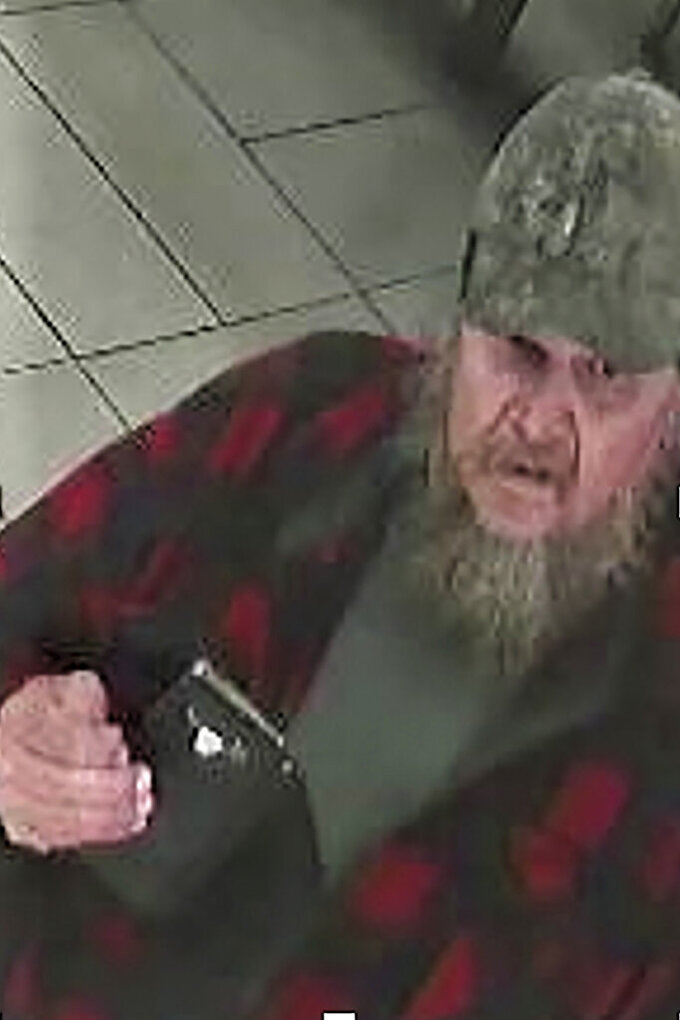 LEAGUE CITY, Texas (AP) — Police in Texas were searching Friday for a man accused of refusing to wear a mask at a Jack in the Box restaurant and then stabbing the shift manager with what was believed to be a pocketknife.

The incident this week in League City, located just southeast of Houston, follows a similar situation in nearby cities where a woman was arrested after refusing to wear a mask, first at at a bank and then at office supply store.

League City police say James Schulz, 53, is wanted in connection with the stabbing at the Jack in the Box late Wednesday. Police said he had not yet been arrested as of Friday.

Police Chief Gary Ratliff said an arrest warrant was issued for Schulz charging him with aggravated assault with a deadly weapon. His bond will be set at $40,000.

Police say the incident started when Shulz refused to follow the restaurant's policy requiring him to wear a mask to protect against the spread of the coronavirus. Police say he then attacked the manager.

The manager had three stab wounds in the arm and upper torso, police said. He was taken to the hospital, where he was treated and released.

Gov. Greg Abbott last week lifted statewide orders requiring people to wear face masks in public, declaring businesses should decide for themselves which COVID-19 precautions to take on their properties. Many businesses have kept their own mask rules in place.

Melissa Stewart, regional executive director for the Texas Restaurant Association, said there have been few incidents related to customers refusing to wear masks in restaurants. She said incidents like that in League City are very rare, extreme situations, and restaurant employees are often able to turn to hospitality and customer service techniques to deescalate confrontations early on and find easy solutions with customers.

“Angry people are tough and we don't want our host and hostesses to be the mask police, nobody wants to do that," Stewart said. "The best policy is to have a plan and a policy, make sure everyone is on the same page so it is enforced consistently and go from there.”

According to Stewart, over 70% of restaurants they work with said in a survey following the lifting of the state ordered mask mandate that they planned to continue requiring employees to wear masks, but the mask requirement for customers has been decided on a case-by-case basis by each business depending on the expectations of their community. Stewart said customers have never been required to wear masks while seated, and the previous statewide mask mandate included exemptions for people cited medical conditions for not masking.

And some businesses that are keeping their COVID-19 precautions in place despite Abbott lifting restrictions have endured anger from people. A co-owner of Picos, a Mexican restaurant in Houston, has said that after saying they were keeping restrictions in place, the restaurant got calls and messages threatening to call U.S. Immigration and Customs Enforcement on its staff.

On Wednesday an Oregon woman was arrested in Texas City, Texas, on a warrant issued out of nearby Galveston after she refused to wear a mask at a Bank of America branch there last week.

Terry Wright, 65, was arrested after she entered an Office Depot in Texas City and refused to wear a mask, police said. She was arrested on Galveston warrants for trespassing and resisting arrest.