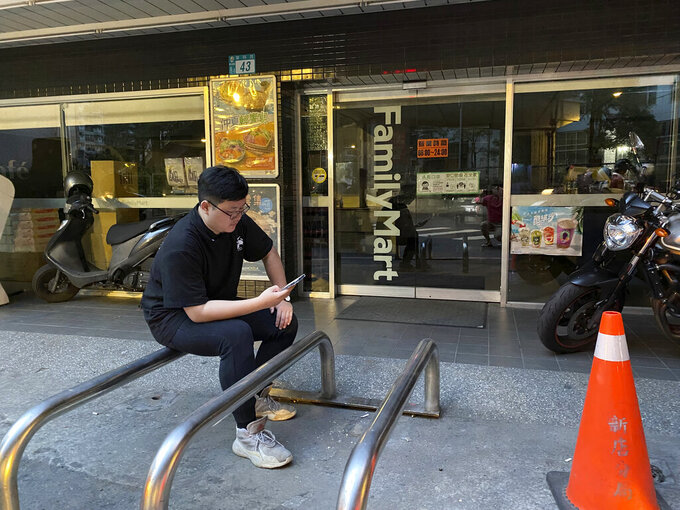 A convenience store worker sits outside the darkened store during a blackout in New Taipei City in Taiwan on Thursday, May 13, 2021. An equipment failure has caused an outage at a power plant in southern Taiwan, triggering rolling blackouts across the island affecting millions of people. (AP Photo/Johnson Lai)

TAIPEI, Taiwan (AP) — Power has been restored to millions of people in Taiwan after an equipment failure at a power plant set off rolling blackouts across the island.

The outage disrupted a daily briefing being given by government officials on the island's pandemic situation.

In Hsinchu, 150,000 households lost power. In the southern city of Tainan, 14 districts were affected.

President Tsai Ing-wen issued a statement saying the government was handling the situation and the cause of the outage would be investigated.