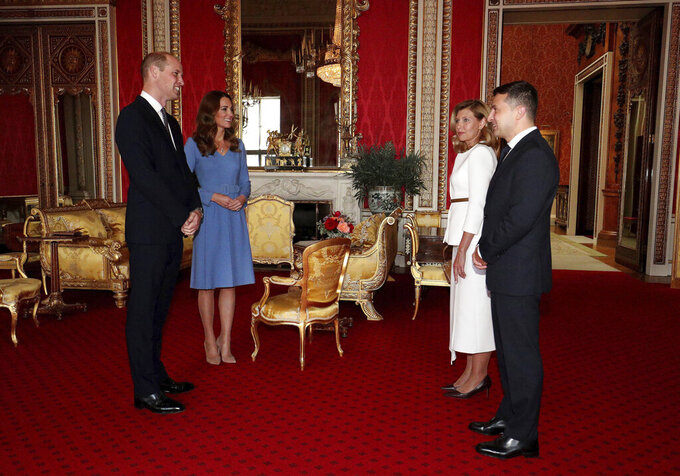 Britain's Prince William and Kate, Duchess of Cambridge meet the Ukraine President Volodymyr Zelenskiy, right, and his wife, Olena, during an audience at Buckingham Palace, London, Wednesday Oct. 7, 2020. The President is on a two day official visit to Britain. (Jonathan Brady/Pool via AP) 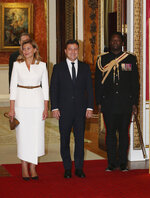 LONDON (AP) — London's Buckingham Palace held its first royal event in more than six months on Wednesday as Prince William and his wife Kate welcomed Ukraine’s president and his wife.

The Duke and Duchess of Cambridge greeted Volodymyr Zelenskiy and his wife Olena in a brief meeting at the palace’s Throne Room on behalf of Queen Elizabeth II. The two couples did not wear masks but they did not shake hands, and observed social distancing while conversing from two ornate couches.

Buckingham Palace, the queen’s central London residence and the monarchy’s administrative hub, has not been used for a royal event since March when the coronavirus lockdown was announced. Its State Rooms are usually open to the public during the summer, but they have remained closed along with other royal attractions.

Zelenskiy and his wife are on a two-day visit and are expected to meet Prime Minister Boris Johnson and Foreign Secretary Dominic Raab later.