PSL T20 cricket postponed after outbreak up to 7 positives 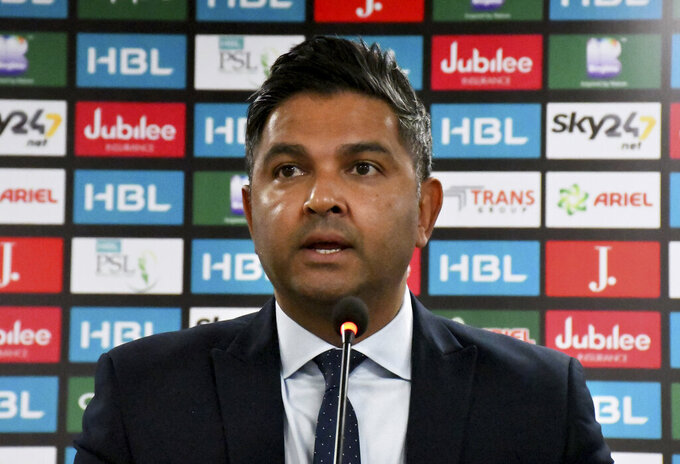 The Pakistan Super League was postponed indefinitely after three more coronavirus cases on Thursday raised the tally to seven in the Twenty20 cricket tournament.

The decision was taken by the Pakistan Cricket Board after the owners of the six teams were reluctant to continue, even with the option of a five-day 'circuit-breaker.'

“They (owners) made it very clear that the players were not in a mental state to continue,” PCB chief executive Wasim Khan said in Karachi. “The franchises felt very uncomfortable, as we did, in putting the players under any additional risk when there was no need.”

Khan admitted breaches of COVID-19 protocols in the bio-secure bubble have caused the postponement.

“We had to deal with a minor breach at the beginning and we’ve done everything we possibly could,” Khan said. “This isn’t about a blame game, about who’s to blame. This is a collective effort that we all had a responsibility to actually police and self-police that (bio-secure) environment. Unfortunately, we weren’t able to do it effectively enough.”

Karachi, the southern port city, has hosted 14 of the 20 preliminary round matches. From Wednesday, the league was to move to Lahore for the remaining 14 games. The final is scheduled for March 22.

The latest three cricketers who tested positive were unnamed, along with both clubs. In all there are six players and one staffer in isolation.