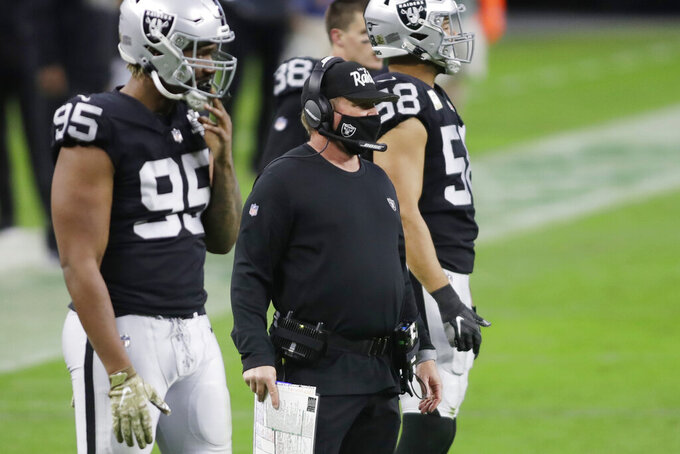 The Las Vegas Raiders have activated seven players off the COVID-19 list after they missed practice this week as “high risk” close contacts to a teammate who had tested positive.

Those players still need to get negative tests back Sunday before they can be cleared to play.

“I don’t know how we can beat these guys with a full lineup at practice, let alone three-quarters of your lineup not here all week,” defensive coordinator Paul Guenther said Thursday. “We’re playing the world champs. What don’t they have? They have a great quarterback, great receivers, great tight ends, the line is physical. And they’re coming off a bye, so it’s a daunting task. I know one thing, we’re going to show up at 5:20 and we’re going to give 100%, because that’s what we do. We’ll get these guys ready to play.”

This is the second time this season the Raiders had to practice for most of the week without a significant number of players. Before last month’s game against Tampa Bay, Brown tested positive and four other starting linemen, along with Abram, all were held out of practice because of “high risk” contacts. The linemen all returned for the game, while Abram had to miss the contest because his last contact with Brown came too close to the game.

The Raiders, their players and coach Jon Gruden have already been fined more than $1,215,000 and docked a sixth-round draft pick for violations of the COVID-19 protocols.