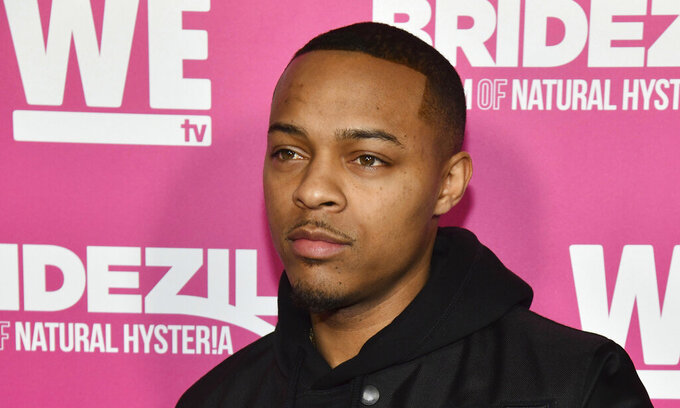 FILE - Bow Wow attends WE TV's "Bridezillas" Season 11 premiere party on Feb. 22, 2018, in New York. Houston Mayor Sylvester Turner called out the rapper for attending a crowded gathering at a city nightclub during a weekend packed with concerts as Texas continues to grapple with the coronavirus. (Photo by Charles Sykes/Invision/AP, File)

HOUSTON (AP) — Rapper Bow Wow apologized after Houston’s mayor called him out for attending a crowded gathering at a city nightclub during a weekend packed with concerts as Texas continues to grapple with the coronavirus.

“Other bars/clubs that are operating as restaurants, beyond capacity and social distancing requirements, please expect visits," Turner tweeted.

Bow Wow also sounded off on Twitter to share his grievances, saying he wasn't paid to appear and that he was there for a friend's birthday party.

“Safe to say the mayor of houston hates my guts. I cant believe i get the blame for a whole weekend,” Bow Wow tweeted Monday morning. “I apologize if i did anything wrong. I love the city of houston."

It was not a bow wow concert. I simply did one verse to like you. And went back to my section and simply put my mask BACK on.

But Turner made clear that he doesn't dislike Bow Wow and said the pandemic is not the time for concerts.

News outlets report Bow Wow was seen Friday night in club Cle Houston among a maskless crowd, though the rapper said on Twitter that he sang only one verse, the "went back to my section and simply put my mask BACK on.”

There was also a concert at club Spire, where police saw hundreds of people waiting to enter the crowded venue to see singer Trey Songz and New York City rapper Fabolous.

Clubs in Houston are allowed to operate at 50% capacity. But fire marshals cleared Spire and cited the business for blocking exists. A spokesman for the Texas Alcoholic Beverage Commission said events held at that venue are under investigation for potential public health order violations.

“If the investigation finds evidence of a violation, the agency could assess a penalty,” the spokesman said.