Red-hot Buccaneers not looking past Falcons to playoffs 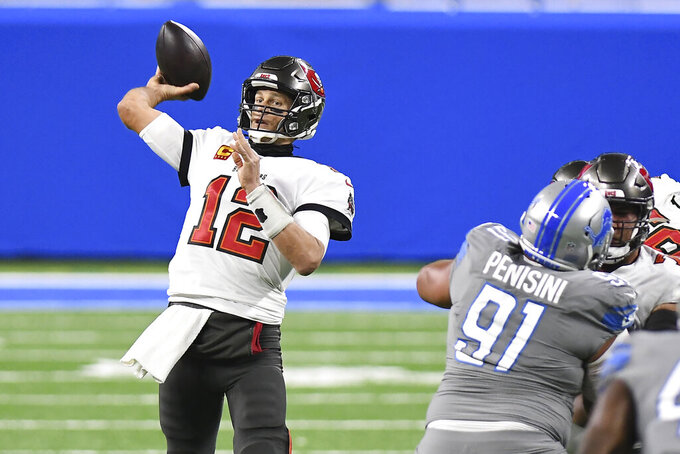 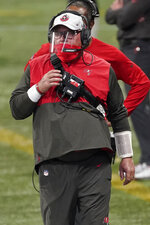 TAMPA, Fla. (AP) — Bruce Arians is not ready to reflect on the challenge of transforming the Tampa Bay Buccaneers into winners.

With the 68-year-old coach and six-time Super Bowl champion Tom Brady leading the way, the Bucs (10-5) are headed to the playoffs for the first time since 2007. They enter Sunday’s regular-season finale against the Atlanta Falcons as one of the hottest teams in the NFC.

A fourth consecutive win would clinch their best finish in 15 years, as well as send them into the postseason as a No. 5 seed.

“This is a big game coming up – a chance to keep that five seed and go 11-5,” the coach added. “I think we’ll think about all that when we can look in the rearview mirror. Right now, we’re still looking ahead. It’s not really a time to reflect yet.”

“We were 7-5 at the bye week and then won three straight,” the 43-year-old quarterback said. “It’s been really important, and we’ve got another big one ... against Atlanta. Whatever happens after that is bonus for all of us.”

The Falcons (4-10) are wrapping up a season that claimed the jobs of former coach Dan Quinn and general manager Thomas Dimitroff after an 0-5 start. The team has gone 4-5 under interim coach Raheem Morris, including a 31-27 loss at home to Tampa Bay two weeks ago.

The Bucs trailed by 17 before Brady led scoring drives on five consecutive second-half possessions to win the game.

Morris said one of the things he’ll remember most about a season in which the coronavirus pandemic has presented challenges on and off the field for all teams is the consistent effort of the Falcons in the face of adversity.

Defensive end Dante Fowler struggled after signing a $45 million, three-year contract with the Falcons in free agency. He was coming off an 11½-sack season with the Los Angeles Rams, but was slowed by ankle and hamstring injuries in addition to spending time on the reserve/COVID-19 list.

“We have to get him going,” Morris said.

“I was pretty banged up this year, but that’s no excuse. I’m still held to a standard. This year I don’t feel like I played up to my standards,” said Fowler, who has two sacks. “Whether I was hurt or not, I can play better and I will get better.”

Count quarterback Matt Ryan among the Falcons hoping the team brings back center Alex Mack, a six-time Pro Bowl selection whose contract expires after the season.

“He’s meant a ton. He’s an awesome teammate. He gives you everything he’s got mentally, physically, emotionally. Every ounce of what he has, he’s given to our team week in and week out,” Ryan said.

“I’ve been lucky to have spent five years with him. It goes by quickly,” Ryan added. “I feel like he just got here.”

Mack is on the injury report after missing the Kansas City game with a concussion. He was a limited participant in practice early in the week.

Despite clinching a playoff berth already, Arians said the Bucs will play to win the finale and clinch the No. 5 seed in the NFC.