Reds know all about interrupted seasons, ready for this one 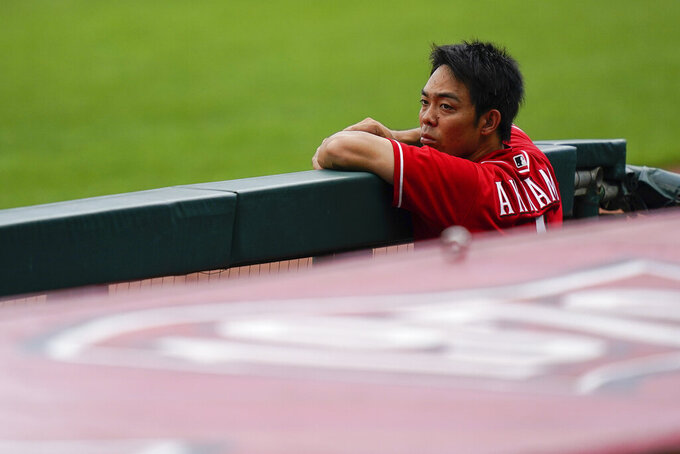 CINCINNATI (AP) — Through player strikes and a lockout, the Cincinnati Reds have experienced notable moments with interrupted seasons. They think they're in good shape heading into the latest.

The Reds were one of the biggest offseason spenders, committing $165 million to five players in a roster overhaul. By signing the biggest free agent contracts in franchise history, they rekindled interest in a fan base turned off by six straight losing seasons.

Cincinnati gets to see how its investment plays out in a unique, condensed form coming out of Major League Baseball's four-month freeze due to the pandemic. The Reds are optimistic it will come together during the 60-game season.

“We're all reacting to this on the fly,” said Dick Williams, president of baseball operations. “It's going to be fascinating to see which organization gets it right.”

Cincinnati knows firsthand how it could go either way.

The 1981 Reds had the best record in the majors but failed to make the playoffs. A midseason player strike resulted in a divided season, and Cincinnati finished second in both halves.

A lockout pushed back the 1990 season, but this time the Reds used it to their advantage, getting off to a 33-12 start on their way to their last World Series title.

In 1994, they were in first place when a strike ended the season. They excelled when baseball resumed in late April 1995, reaching the NL Championship Series before losing to Atlanta.

A strong showing in the 60-game season this year would help considerably in getting the franchise turned around again.

“A lot of people on this team are very aware of the opportunity that we have and the amount of talent we have in the clubhouse,” said newcomer Nick Castellanos.

Castellanos, second baseman Mike Moustakas, outfielder Shogo Akiyama, left-hander Wade Miley and reliever Pedro Strop provided an overhaul to a roster that especially needed offense. The challenge has been making all the new parts fit together amid the interrupted circumstances.

“For whatever reason, this team has really come together,” manager David Bell said. “There's a real combined, team focus right now. There's a goal this team has. I think we just have the right mix of guys.”

The Reds filled their longstanding need for a leadoff hitter by signing Akiyama, the first player born in Japan to play for Cincinnati. He'll get much of the early attention as he tries to transfer his success with the Seibu Lions to a new league. Bell had him in the lineup regularly as the Reds ramped up with intrasquad games.

“He came in so ready,” Bell said. “He didn't appear to take maybe even a day off, from what I could tell. I also think being in another new environment, here in Cincinnati, and getting him as much time on the field as possible has been the goal.”

The Reds' best chances of a successful season rest in a rotation that's deep and healthy at the outset. Sonny Gray was chosen as the first-game starter over Luis Castillo, an indication of the depth. Trevor Bauer, Miley and Anthony DeSclafani round it out.

Adding the DH for the condensed season plays into the Reds' hands. The free agent acquisitions left them with an overloaded outfield, which can now be used to supplement the everyday batting order.

“We built this team to have a DH,” Williams said. “We've got hitters, and the ability to get more bats into the lineup is a great thing for us. From a competitive standpoint: advantage Reds.”

Had the season started as originally planned, two starters wouldn't have been ready. Center fielder Nick Senzel and third baseman Eugenio Suarez were still recovering from shoulder surgery, although Suarez was close to being ready. Both are fully healthy after the extra months to heal.