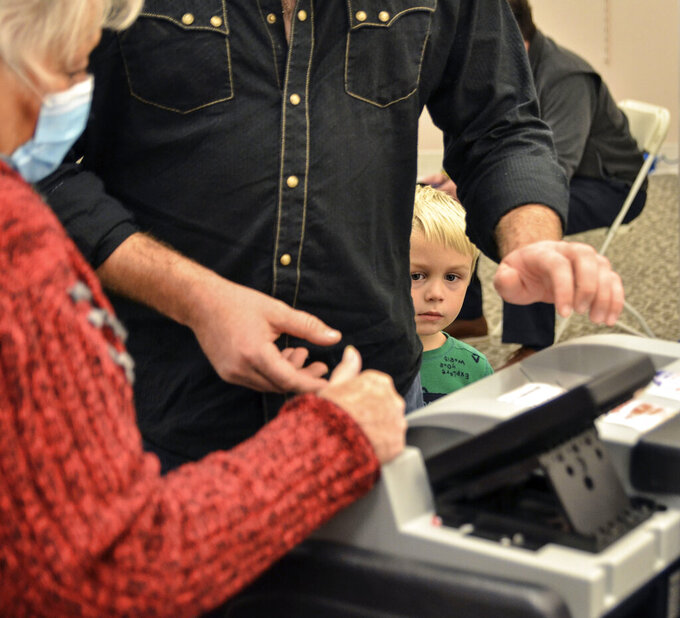 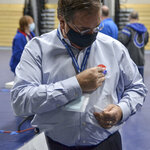 The former congressman defeated former Evansville Mayor Jonathan Weinzapfel in a race that Democrats had targeted in hopes of winning their first statewide election since 2012.

Rokita’s campaign announced Tuesday he had tested positive for COVID-19 after developing “some symptoms” but was doing well and working from home. His campaign didn't reply to questions about when he began feeling ill and was tested.

Rokita lost the 2018 Republican U.S. Senate primary but started his comeback by defeating current Attorney General Curtis Hill for the GOP nomination after Hill was tarnished by allegations that he drunkenly groped four women during a party. Rokita will take office in January.

Rokita cast himself as an unabashed President Donald Trump supporter with an aggressive law-and-order and anti-abortion agenda that will continue Hill’s tactics of joining Republican lawsuits against what they regard as federal overreach, such as the Affordable Care Act, or “Obamacare.”

“You know our state has come so far under commonsense conservative leadership over the last 15 years," Rokita said in a statement. “We have become a leader in the nation in every category that matters. Now we must keep it that way."

Weinzapfel said during the campaign he wanted to tone down partisanship in the office of state government’s top lawyer.

Weinzapfel said he saw no difference between Rokita and Hill over what he called “gross politicization of the office.”

Rokita won statewide elections as secretary of state in 2002 and 2006 before he held a central Indiana congressional seat for eight years. He lost a 2018 bid for the Republican U.S. Senate nomination to Mike Braun and unsuccessfully sought the party’s 2016 nomination for governor after then-Gov. Mike Pence became Trump’s vice presidential running mate.

Rokita has faced several controversies, including allegations that his congressional staffers often felt obligated to do political work to help his campaigns. And a 2018 Associated Press analysis of state and congressional spending records revealed that Rokita had spent more than $3 million in public money on advertising campaigns that often coincided with his bids for office.

With Holcomb holding big fundraising and organization advantages for his reelection campaign, Weinzapfel was trying to put a Democrat back in a statewide office for the first time in four years. Republicans also hold commanding majorities in the Legislature, giving Democrats little influence in state government.