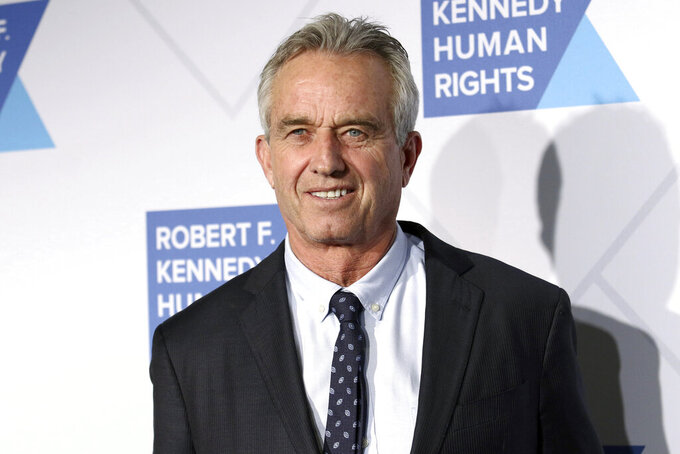 Kennedy Jr. has amassed a huge following on social media, where he frequently posts debunked or unproven claims about vaccines. He also uses his social media pages to post about large pharmaceutical firms and environmental health concerns.

In an emailed statement, Kennedy Jr. stood by his Instagram posts, adding they have been carefully vetted.

“This kind of censorship is counterproductive if our objective is a safe and effective vaccine supply,” he said.

Most recently, Kennedy Jr. has posted misinformation about COVID vaccines. In a late January post, he described COVID vaccines that are currently being administered in the U.S. as posing a potential danger, despite studies on tens of thousands of people that found no serious side effects.

The suspension of Kennedy Jr.’s Instagram account comes just days after Facebook, which owns Instagram, announced it would step up efforts block the spread of vaccine misinformation, including claims that the shots are ineffective, toxic, dangerous or cause autism. Countries around the world are ramping up efforts to inoculate citizens with version of the COVID-19 vaccine.

Still, Kennedy Jr.’s Facebook page, which has a following of more than 300,000 users, remained active as of Thursday morning. The company did not immediately respond to questions about Kennedy's Facebook account.

The controversial environmental lawyer has for years helped to popularize a debunked conspiracy theory that vaccines may cause autism, although repeated scientific studies in the U.S. and abroad have found no evidence linking vaccines to the developmental disorder.

Facebook has taken other steps to try to stop the spread of vaccine and coronavirus-related misinformation on its platform. Last year, it said it would begin hiding groups and pages that spread misinformation about vaccinations from the search function of its site.