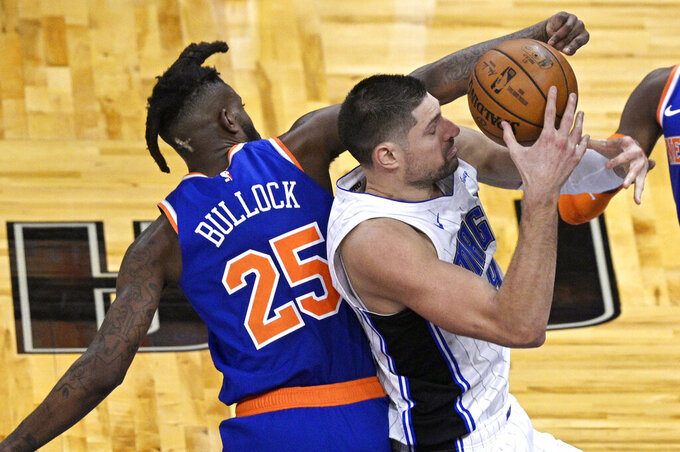 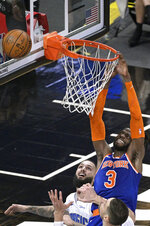 ORLANDO, Fla. (AP) — Terrence Ross scored 18 of his season-high 30 points in the second half, and the Orlando Magic used a decisive third-quarter run to beat the New York Knicks 107-89 on Wednesday night.

Orlando went on a 25-8 run over the final nine minutes of the third quarter and outscored New York 30-14 in the period to wipe out a three-point halftime deficit. The Knicks shot 6 of 20 in the third quarter and 12 of 48 (25%) in the second half as their season-best three-game winning streak ended.

“It was a good team effort, especially since the Knicks have been playing well for the last seven games,” Ross said. “Julius (Randle) has been on a roll and is having a great year. We had to dig deep and figure out how to slow him down. In that second half, we were on the same page, tied together and we closed it out.”

Ross made 10 of 16 shots and 5 of 6 3-pointers. With Orlando up 11 early in the fourth quarter, Ross buried three free throws after being fouled beyond the arc and then sank a 3-pointer to push the score to 89-72.

Randle had 25 points and seven rebounds for New York, but Orlando limited him to eight points in the second half. Randle was coming off a season-best 44 points on Monday in a win over Atlanta.

“I feel like it was a good opportunity for us, but we just didn’t have it for whatever reason,” Randle said. “We’ll chalk it up, look at the film and see how we can correct it.”

RJ Barrett added 15 points for the Knicks, who fell to 2-9 when failing to score 100 points. The Knicks, who are 9-6 against teams with winning records, fell to 5-9 against losing squads.

Nikola Vucevic had 16 points and 17 rebounds, his 20th double-double of the season. Evan Fournier, playing for the first time in more than a week because of back spasms, scored 19 points. Orlando hit 16 of 34 3-point attempts and shot 45.7% from the floor.

The injury-plagued Magic welcomed back Fournier, the team’s second-leading scorer who had missed 14 of the past 23 games while battling back spasms. Al-Farouq Aminu played in just his second game of the season for Orlando. James Ennis III was sidelined with a groin injury.

“Back spasms is nothing and it’s everything,” Fournier said. “I don’t really know how to explain to you what I am dealing with, but it’s hard because when it’s a finger or a joint, you know how long you are going to be out and what the rehab process is like. The back is tricky because sometimes you feel good and sometimes you don’t. I’m in a tough spot, to be honest.”

Magic: Rookie guard Cole Anthony, whose shoulder injury was recently re-diagnosed as a non-displaced rib fracture, won’t return until after next month’s All-Star Game, the team said. ... Asked whether he is in favor of the NBA’s relatively new rule where the No. 8 seed in each conference is decided with a mini-series between the eighth- and ninth-place teams, coach Steve Clifford said: “I am right now!” The Magic came into Wednesday with the 12th-best record in the East. Orlando made the playoffs the past two seasons as the seventh (2019) and eight (2020) seeds.

Knicks: With Saturday’s home game against San Antonio canceled, New York will be off until Sunday when it hosts Minnesota.