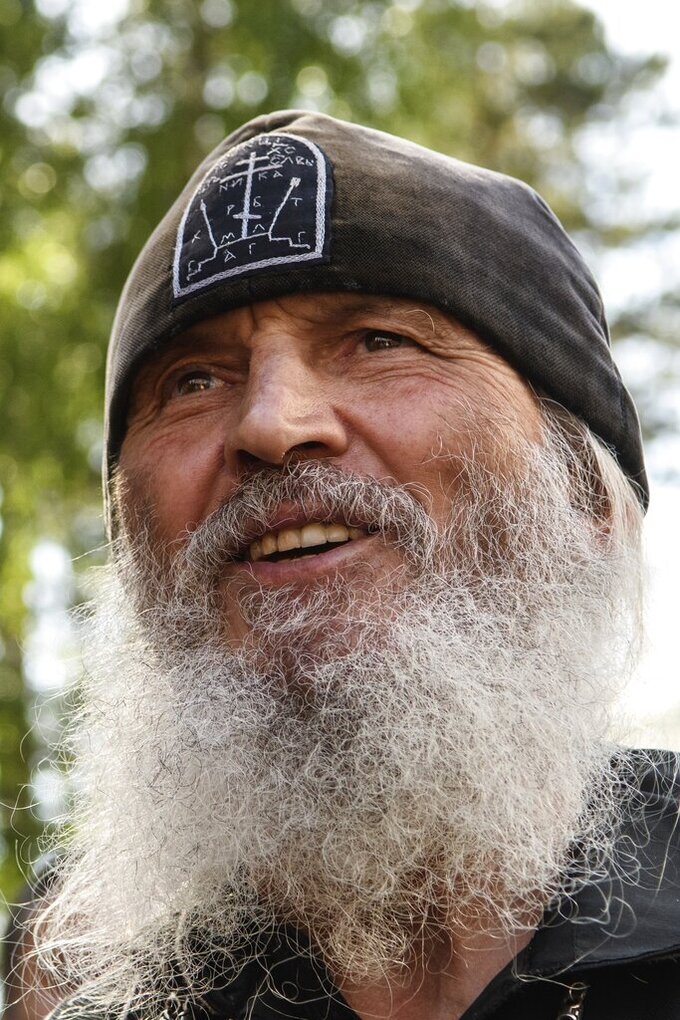 FILE In this photo taken on Wednesday, June 17, 2020, Father Sergiy, a Russian monk who has defied the Russian Orthodox Church's leadership speaks to journalists in Russian Ural's Sredneuralsk, Russia. Father Sergiy, who has castigated the Kremlin and the Russian Orthodox Church leadership and denied the coronavirus existence, was detained Tuesday Dec. 29, 2020, by police at a monastery in the Urals and flown to Moscow where he will face criminal charges. (AP Photo/Vladimir Podoksyonov, File)

MOSCOW (AP) — Russian riot police stormed into a monastery Tuesday to detain a rebel monk who has castigated the Kremlin and the Russian Orthodox Church leadership and denied the existence of the coronavirus.

In the overnight showdown, police clashed with the priest's supporters at the Sredneuralsk monastery outside Yekaterinburg in the Ural Mountains.

The monk, Father Sergiy, was quickly flown to Moscow, where a court approved his arrest. Authorities charged him with inciting suicidal actions through sermons in which he urged believers to “die for Russia.” He denied the accusations.

When the virus arrived in Russia early this year, the 65-year-old monk denied its existence and denounced government efforts to stem the pandemic as “Satan’s electronic camp.” He has described the vaccines being developed against COVID-19 as part of a global plot to control the masses via chips.

The monk, who has urged followers to disobey the government’s lockdown measures, had holed up at the monastery near Yekaterinburg he founded years ago. Dozens of burly volunteers, including veterans of the separatist conflict in eastern Ukraine, helped enforce his rules, while the prioress and several nuns left.

The monk chastised Russian President Vladimir Putin as a “traitor to the Motherland” who was serving a Satanic “world government.” He also denounced the head of the Russian Orthodox Church, Patriarch Kirill, and other top clerics as “heretics” who must be “thrown out.”

The Russian Orthodox Church stripped Father Sergiy of his abbot’s rank for breaking monastic rules in July, but he rejected the ruling and ignored police investigators’ summons. Facing stiff resistance by hundreds of his supporters, church officials and local authorities appeared reluctant to evict him for months.

Hundreds of his supporters continued rallying at the monastery hours after he was taken away. Some wept.

Father Sergiy, who was born as Nikolai Romanov, served as a police officer during Soviet times. After leaving the ranks of law enforcement, he was convicted of murder, robbery and assault and sentenced to 13 years in prison, He joined a church school after his release and later became a monk.

The charismatic priest quickly became known for his efforts to open new churches and monasteries in the Urals. In his fiery sermons, he denounced alleged plots of the “world government” and glorified Russia’s last czar, Nicholas II, who was killed by the Bolsheviks along with his entire family in Yekaterinburg in 1918.

Father Sergiy has been the most visible and outspoken of a few ultra-conservative clerics who have challenged the leadership of the Russian Orthodox Church. Observers have said the monk’s rebellious actions and now his detention undermine the authority of Patriarch Kirill.

In another sign of internal tensions within the church, an ecclesiastical panel ruled Tuesday to defrock a liberal-leaning theologian, Protodeacon Andrei Kurayev, who has been active in expressing his views online. Kurayev lamented the verdict as a punishment for sharing opinions that sometimes differed from official stance of the Moscow Patriarchate.