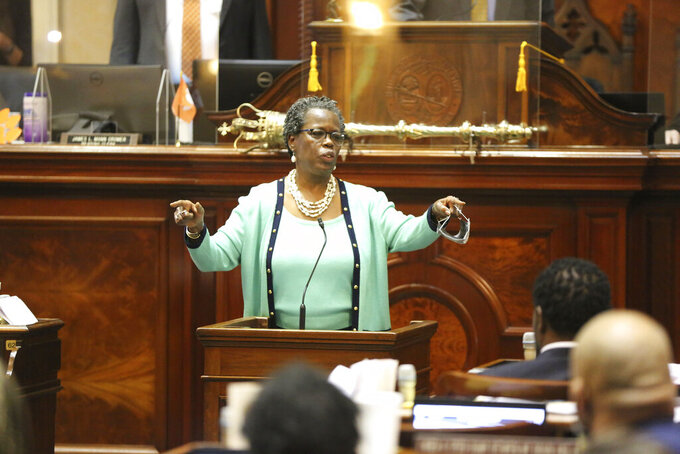 COLUMBIA, S.C. (AP) — The South Carolina House on Wednesday put its final touches on the state's nearly $11 billion budget, spending more money than anticipated after the economic problems from the COVID-19 pandemic weren't as bad as feared.

The spending plan for the year starting in July includes raises for teachers, law enforcement officers and nearly every state employee. It fixes buildings at colleges and helps art centers and festivals hurt by social distancing.

But it won't include — at least for now — million-dollar drawings for people who are vaccinated against COVID-19. Nor it will have a $1,200 pandemic bonus for state employees making under $50,000.

The Senate decided Tuesday it would not agree with the House changes to the budget, so a conference committee of senators and House members will meet next week to finalize the plan. They are trying to get the budget to Gov. Henry McMaster's desk so he can have time to consider whether to veto any part of the plan before the fiscal year starts July 1.

The biggest potential change in the budget wasn't considered as House Minority Leader Todd Rutherford removed a proposal to offer a $1 million prize for vaccinated state residents. The Columbia Democrat said he will bring it back up later using federal COVID-19 relief money.

The House did agree to a 3% raise for state employees, an increase over the 2% offered in the Senate's budget.

South Carolina Rep. Gilda Cobb-Hunter, who has fought for better pay for state employees throughout her nearly 30-year Statehouse career, said Wednesday that the state can do more, suggesting a $1,200 bonus for state workers making less than $50,000 a year.

The Orangeburg Democrat said seemingly everyone else was getting what they asked for like it was Christmas, from lighthouses to boat ramps to parks.

Republicans pushed several COVID-19 vaccine and mask items into the budget, building on a Senate proposal in its spending plan preventing colleges from making COVID-19 vaccination a condition for being on campus in the upcoming school year.

The House added a proposal that would prevent public schools from requiring masks.

Rep. John King said that was micromanaging local governments and dangerous if the COVID-19 pandemic gets back out of control in the fall.

School boards “should have an opportunity to take those decisions. What if something serious happens and we have voted to do this?” said King, a Democrat from Rock Hill.

South Carolina didn't spend any extra money it got in taxes and fees in the current budget in case they needed the savings to cover pandemic shortfalls. The state has brought in even more money this budget year than predicted, thanks in part to federal stimulus given to people and extra sales tax collections.

This budget is nearly $2 billion more than last year's budget, which lawmakers simply cut-and-pasted from the spending plan the year before.

Conservative Republicans in the House stressed the 2021-22 budget was like writing a two-year plan instead of one.

“This is two years of growth we have, especially when we came out of this pandemic better than almost any other state in the union," said House Ways and Means Committee Chairman Murrell Smith, a Republican from Sumter.

Other items in the budget heading to the House floor include:

— A nurse and police officer in every South Carolina public school

— Pay increases for nearly every law enforcement officer in the state