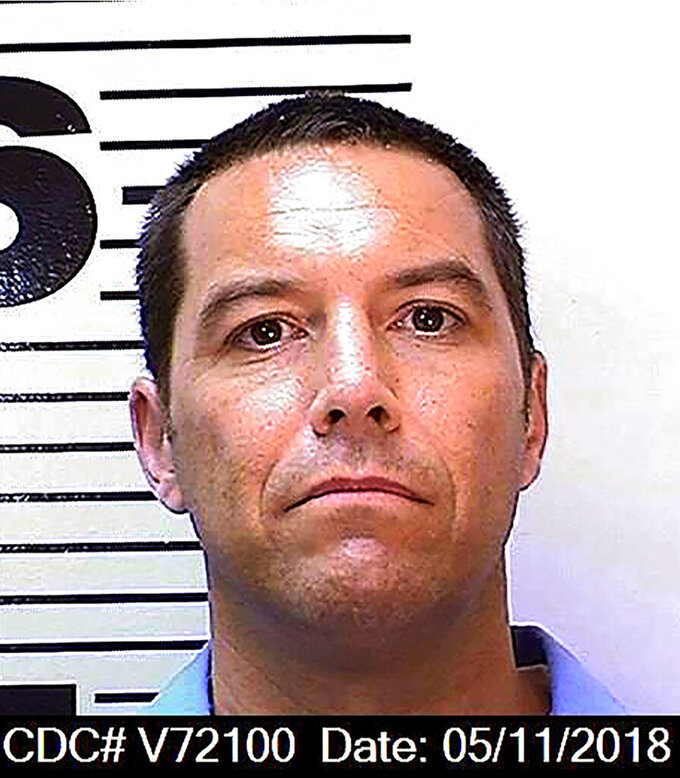 SACRAMENTO, Calif. (AP) — No one outside of San Quentin State Prison will be seeing Scott Peterson in person anytime soon as officials consider if he should face a new trial in the headline-grabbing slayings of his pregnant wife and unborn child, a California judge decided Friday.

San Francisco Superior Court Judge Anne-Christine Massullo had been concerned that Peterson, 48, would have difficulty staying in touch with his defense attorneys from the prison, where he's been housed since he was sentenced to death in 2005, and was considering moving him to a jail about an hour's drive south.

Massullo is weighing whether Peterson should get a new trial and whether he should again face execution after the state Supreme Court threw out his death sentence. The justices found potential jurors were improperly dismissed after saying they disagreed with the death penalty but would be willing to follow the law and impose it. Prosecutors are again seeking execution.

San Quentin is home to California's death row. Peterson, wearing a mask amid the coronavirus pandemic, has been appearing remotely by video or telephone link for his court hearings in Modesto and Redwood City since the Supreme Court decision.

But his defense attorneys said they have had enough access to speak with their client at the prison and don't need him moved to the San Mateo County Jail.

"I'm able to talk with Mr. Peterson there. He has a typewriter, he is able to write letters there. It is, I think, a better situation than what would occur in San Mateo,” defense attorney Pat Harris said during a hearing Friday.

San Quentin had one of the worst institutional outbreaks of the coronavirus, with more than 2,200 inmates falling ill this summer and 28 inmates and one employee dying.

But the corrections department's online tracker shows just three current active cases, and Harris said he believes Peterson “is safe” from the virus if he remains at the prison, particularly when balancing the risk of being moved.

Harris is representing Peterson on the death penalty question. Peterson has separate attorneys on the issue of whether he gets a new trial. They agreed in a court filing that he should stay put.

Peterson was convicted in 2004 in a case that drew massive publicity following the Christmas Eve 2002 disappearance of his 27-year-old wife, Laci Peterson, who was eight months' pregnant with their unborn son, Connor.

Investigators say Peterson took the bodies from their Modesto home and dumped them from his fishing boat into San Francisco Bay, where they surfaced months later. Peterson maintains he is innocent and did not receive a fair trial.

Prosecutors on Friday released their court filing listing the aggravating factors and special circumstances they say should again bring Peterson the death penalty. California has not executed anyone since 2006 because of legal challenges, and Democratic Gov. Gavin Newsom issued a moratorium on executions for as long as he is governor.

The factors include his wife's late-term pregnancy, that “she had reached a point where she tired easily (which) made her especially vulnerable to an unexpected attack," his purported motive, and evidence that the killings were premeditated and he was preparing to flee.

Prosecutors also say Peterson is accused of hiding the victims’ whereabouts from distraught relatives and cite the impact that the slayings had on family members and the community.

Peterson was arrested after massage therapist Amber Frey told police that they began dating a month before his wife’s death but that he had told her his wife was dead.

Prosecutors said they intend to once again introduce as evidence “an edited portion of the memorial service” held after the bodies were found. They also plan to introduce a statement from at least one witness who testified at his original sentencing but has died in the intervening 15 years.

Harris did not immediately respond to telephone and email requests for comment on prosecutors' filing.