Senior citizens camp out in Daytona Beach for COVID vaccine 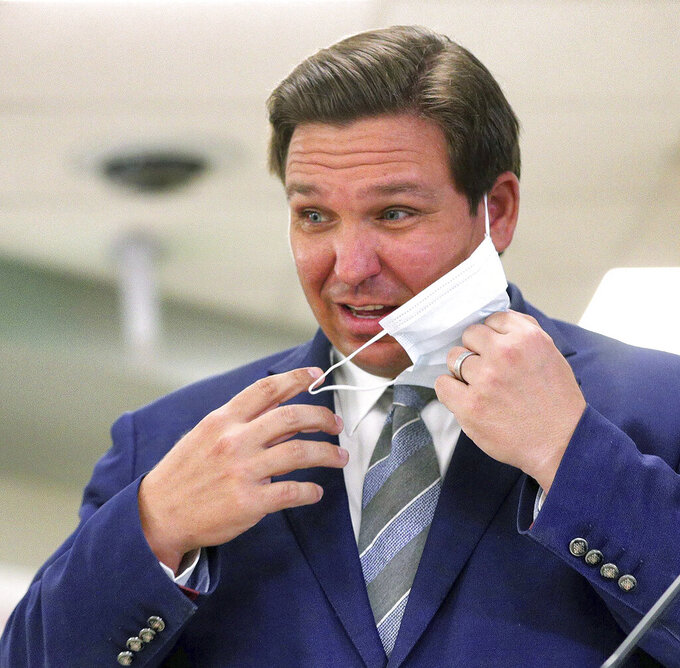 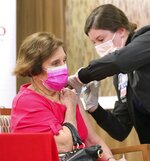 FORT LAUDERDALE, Fla. (AP) — The push to vaccinate people over age 65 in Florida is drawing thousands of eager seniors in uneven rollouts across various counties, with some so set on getting a shot that they slept in their cars overnight.

In Daytona Beach, hundreds of senior citizens determined to get vaccinated against COVID-19 camped out in their vehicles in frigid temperatures to secure coveted spots in a vaccination line Tuesday morning, a day after seniors jammed the roads to the vaccination site.

Officials tried to avoid a repeat of Monday's traffic jams by opening a stadium's parking lot to overnight camping for those 65 and older. By 7:30 p.m. on Monday, senior citizens in 200 vehicles were on the property, set to brave overnight temperatures in the low 40s.

“We have blankets and we have pillows, so we’re OK,” Mary Wilde told WESH.

A couple of hours north, in Clay County, a small, north Florida region, people booked appointments online and walked in for their scheduled vaccination.

“Very quick, very easy. It didn’t hurt,” said 70-year-old Teresa Knight. She and her 74-year-old husband got the vaccine Tuesday morning after making an appointment online. “It gives me hope that we’re maybe coming out at the other end. I know it’s going to be difficult over the next few months but I feel hopeful.”

Some counties were using Eventbrite, an event management and ticketing website, to schedule vaccination appointments.

Broward County Mayor Steve Geller said during a news conference Tuesday that he’s being bombarded with emails and calls from senior citizens who are upset over how the vaccine distribution is going.

“Many seniors are panicking because they think they were promised the vaccine immediately," Geller said, adding some may have gotten that impression after Gov. Ron DeSantis issued an executive order giving priority to those over age 65. “They were not, but now they feel that faith has been broken.”

Geller added that the state simply does not have enough doses currently for all of Florida's 4.5 million seniors, including the 340,000 who live in Broward County.

“Not everyone will be vaccinated tomorrow or next week or next month,” he said.

In Miami, all vaccination signups and appointments offered on a website launched Tuesday were taken within minutes, The Miami Herald reported.

Tania Leets, a spokeswoman for Miami-based Jackson Health System, said 5,330 healthcare workers have been vaccinated, including staff, contractors and University of Miami doctors and residents. Out of more than 12,000 employees, 875 chose to not receive the vaccine immediately.

By Tuesday at 5 p.m., more than 289,000 Floridians had been vaccinated, most of them health care workers and first responders — about 1.3% of the state's population.

At John Knox Village, a retirement community outside Fort Lauderdale, 50 of the approximately 250 employees of its skilled nursing facility are to be vaccinated Wednesday as part of a state program, three weeks after 80 other employees received their first shot, said Mark Rayner, the village’s director of health services.

Rayner said staff members who originally refused the shot because they feared unknown side effects are slowly coming around as they see their colleagues suffer no ill consequences and they learn more about how the vaccine was developed. He said he would like to get to 100%, particularly among nursing assistants who have the closest daily contact with the community's 100 residents, but the vaccine is not mandatory. All wear extensive protective gear when in contact with residents, even those employees who are vaccinated.

“The No. 1 concern was how quickly the vaccine became available,” Rayner said. Developing a new vaccine usually takes years, but for this new coronavirus, one was completed in nine months. He said the employees didn’t understand that the government has been doing research on this type of vaccine for years and devoted billions of dollars into expediting the process after the pandemic began.

The state has received more than 960,000 doses of the Pfizer and Moderna vaccines, 700,000 doses of which are sitting in freezers waiting to be injected into the arms of Floridians. Both vaccines require two doses — an initial inoculation and a booster shot weeks later.

About 83% of those who have died from the disease in Florida have been older than 65. Florida has one of the nation’s oldest populations.

On Tuesday, DeSantis said the supermarket chain Publix will start giving vaccinations to people 65 and over later this week in three central Florida counties.

As of Tuesday morning, there were 7,363 COVID-19 hospitalizations in Florida. According to state health department statistics, nearly 1.4 million people have been diagnosed with COVID-19 and more than 22,000 people have died since the pandemic began.