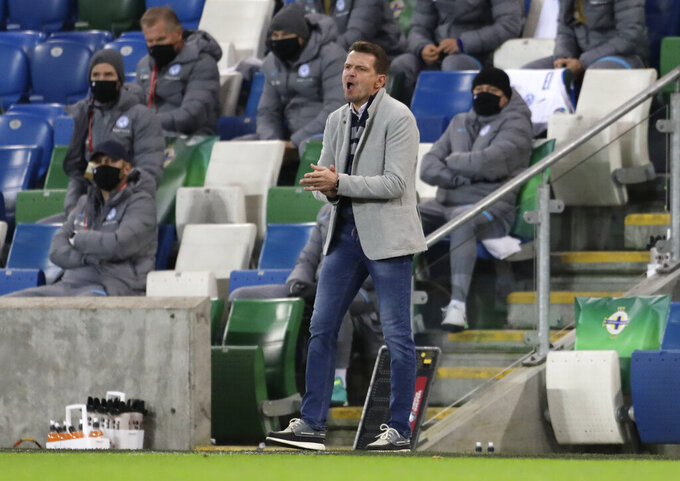 BRATISLAVA, Slovakia (AP) — Stefan Tarkovic was appointed as the Slovakia coach on a permanent basis Tuesday after leading the team to its second straight European Championship finals tournament.

The 47-year-old Tarkovic became the interim Slovakia coach in October replacing Pavel Hapal, who was fired after the team’s poor results in the Nations League.

Slovakia’s soccer association said Tarkovic signed a contract through at least the end of 2021. The deal may be extended if Slovakia does well in World Cup qualifying.

The Euro 2020 finals tournament is now scheduled to begin in June 2021, delayed a year due to the coronavirus pandemic.

With Tarkovic in charge, Slovakia beat Northern Ireland 2-1 in extra time in the Euro playoff finals on Nov. 12 in Belfast to qualify for the group that includes Spain, Poland and Sweden.

Tarkovic was assistant to Jan Kozak when Slovakia qualified for Euro 2016 and advanced to the knockout stage.