South Africa ends ban on cigarettes, but smuggling may stay 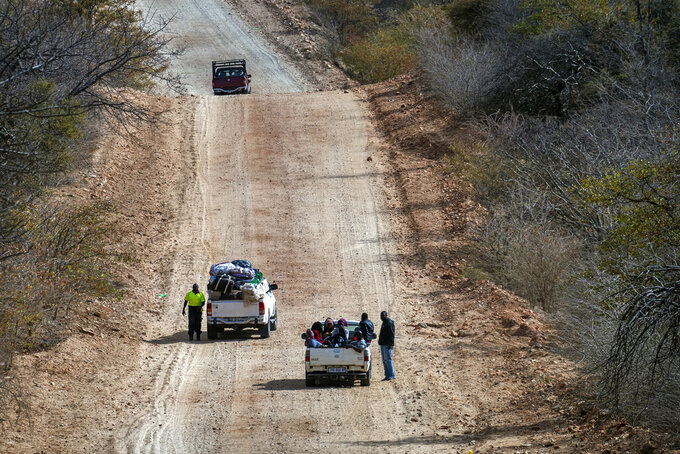 Small trucks are used to transport people who crossed the Limpopo river, border between Zimbabwe and South Africa, East of the border town of Musina, South Africa, Tuesday June 30, 2020. Illegal trade is one of the few businesses to flourish since South Africa imposed sweeping measures at the end of March to try to combat the new coronavirus. Neither the newly built fence nor South African military patrols appear to be effective at hindering the smuggling trade. (AP Photo/Jerome Delay)

JOHANNESBURG (AP) — Cigarette smuggling boomed in South Africa during its nearly five-month ban on legal sales as part of anti-COVID-19 measures, and even though legal sales are once again permitted, many in the tobacco industry think the illegal trade will continue.

South Africa imposed an unprecedented ban to prevent respiratory problems associated with COVID-19, but few smokers were deterred, thanks to the thriving illegal market.

There was a rush of sales of cigarettes when the ban was lifted on Aug. 18, but some of South Africa's cigarette manufacturers say they fear the growth of the illegal market during the prohibition period could have a lasting impact and reduce legal sales.

South Africa “has the biggest, by far, illegal trade in tobacco in the world,” said British American Tobacco, the world's second-largest tobacco group, which says it has an estimated 78% share in South Africa's legal cigarette sales.

Hours before the official lifting of the ban came into effect, BAT called on South Africa to “urgently” ratify the World Health Organization protocol to eliminate illicit trade in tobacco products.

During South Africa's prohibition of cigarette sales, an estimated 93% of smokers bought their cigarettes from illegal sellers, according to research by the University of Cape Town published in July.

The large scale of illegal cigarette sales in South Africa was one reason why another cigarette producer, Japan Tobacco International, stopped manufacturing here, according to Bongani Mshibe, JTI's communications director in South Africa. He said during the ban illegal trading “would have grown in terms of distribution, in terms of their availability."

Many of the illegal cigarettes sold in South Africa are smuggled in from Zimbabwe, which grows tobacco and manufactures cigarettes.

The Beitbridge border post, 500 kilometers (310 miles) north of Johannesburg, is known as the main entry point for illegal cigarettes from Zimbabwe. Usually one of the busiest crossing points in Africa, the border post has been closed to non-essential traffic since March 18.

But neither the fence nor South African military patrols appeared to be effective at hindering the smuggling trade. Only a few weeks after its construction, the $2.1 million fence was riddled with holes made by smugglers, who derided it as a “joke.”

“I cross the border almost every day, sometimes twice a day,” said Jonathan, a smuggler in his twenties, in July. “Have you seen it? It takes five minutes to cut your way through. It’s completely useless. They can fix it, we will cut it again. They will fix it again and we will cut it again.” He refused to give his real name to avoid arrest.

Less than two months after the fence’s completion, more than 50 holes were seen along a 20-kilometer stretch.

During the ban, illegal cigarettes were easily found in South Africa's streets, especially in townships, but informal sellers also came up with new ways to reach customers.

In more affluent suburbs, residents would share phone numbers to have cigarettes delivered to their homes. Following President Cyril Ramaphosa’s announcement that the ban would be lifted, one of those well-organized networks boasting of several hundred customers sent out a message promoting a discount on illegal cigarettes, even offering partial refund on some products.

In Beitbridge, smuggling activity dramatically decreased as profits plummeted overnight, according to a smuggler.

“Right now, people are not crossing anymore as it is not worth it,” said Hopewell, who spoke on condition of anonymity to avoid arrest. During the ban, he said, he could buy box of 50 cartons of a local cigarette brand for the equivalent of 5,000 rand in Zimbabwe, smuggle it across the border and sell it for 11,000 rand.