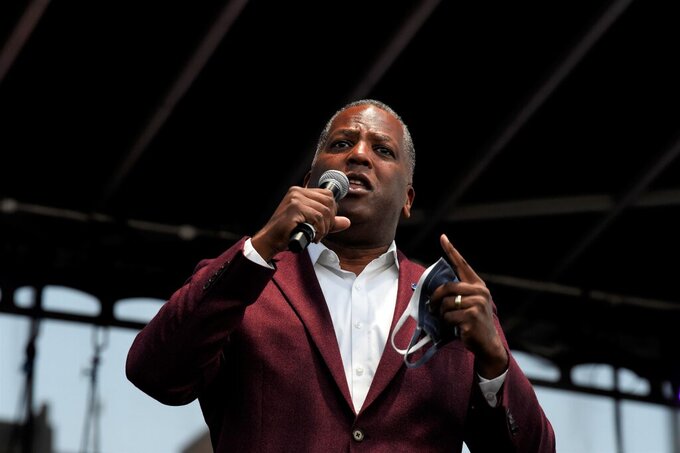 COLUMBIA, S.C. (AP) — The mayor of South Carolina's capital city is taking on a leadership role at an international organization that aims to supplement the United States' national defense by strengthening the civilian tools of development and diplomacy.

According to its website, the board Benjamin is taking over “focuses on educating the American public and policy leaders about the importance of U.S. global leadership through the tools of diplomacy and development.” The Coalition describes itself as a network of businesses, nongovernmental organizations, experts and community leaders “who support strategic investments to elevate development and diplomacy alongside defense in order to build a better, safer world.”

Benjamin told The Associated Press on Tuesday that the group “plays an incredibly unique and important role as a truly bipartisan organization dedicated to peace and prosperity,” adding that he is “thankful for the opportunity to play a role in its continued success.”

Benjamin, 51, begins his term Jan. 1 as the first sitting mayor to serve on the Global Leadership Board. He replaces Dan Glickman, a former congressman and secretary of agriculture who is taking on a senior adviser role. Glickman said Benjamin “adds the exact right innovative thinking and diversity to our board at a time when Americans are looking to make sense of global events impacting their daily lives like never before.”

A past president of the U.S. Conference of Mayors and currently serving on the group's executive committee, Benjamin is also vice chairman of the Global Parliament of Mayors. Earlier this year, he and former South Bend, Indiana, mayor and presidential candidate Pete Buttigieg co-chaired the Pandemic Resilience Working Group for America’s Mayors.

That group, organized by the COVID-19 Study Group at the Edmond J. Safra Center for Ethics at Harvard University, was tasked with creating guidelines for cities to target pandemic response efforts.

Meg Kinnard can be reached at