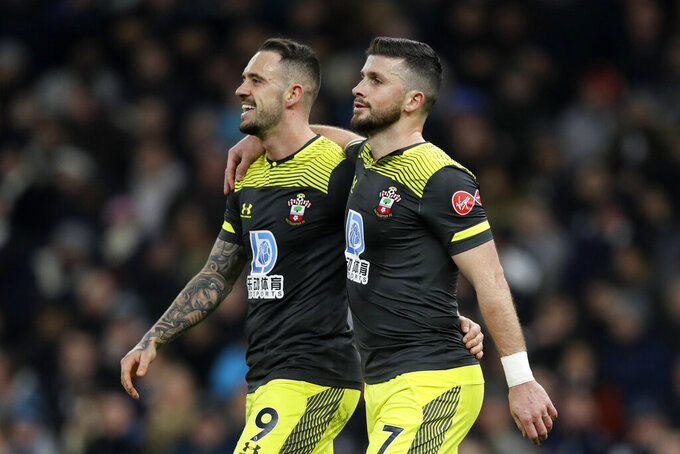 SOUTHAMPTON, England (AP) — Southampton became the first Premier League club to announce an agreement with players to defer part of their salaries during the coronavirus pandemic.

Players and coaches at the south-coast team will not be paid their full salaries during April, May or June “to help protect the future of the club, the staff that work within it and the community we serve,” Southampton said Thursday.

Southampton also said it will not be placing non-playing staff on the British government’s job retention scheme, which allows businesses to put workers on furlough and receive 80% of their salaries from the government, up to a maximum of 2,500 pounds ($3,000) per month.

“Our owners … have put measures in place to ensure that all staff not deferring part of their salaries will continue to receive 100% of their pay, paid in the normal way until June 30,” the club said. “Any decision on the future beyond this date will be made in advance of this, but only when more information is known.”

Tottenham and Newcastle are among the clubs in the world’s richest soccer competition to have taken advantage of a government scheme that was implemented to help businesses survive the national lockdown. Liverpool did, too, before performing a u-turn on Monday after a backlash from former players and in the media.

At a meeting last week, league clubs agreed to consult with their players over pay deferrals and reductions amounting to 30% of their total annual salary.

The players’ union has argued that reducing wages would lead to the British government losing out on more than 200 million pounds (about $245 million) in taxes, which in turn would harm the country’s National Health Service.

On Wednesday, league players launched a collective initiative called #PlayersTogether, which will see them generate funds for the NHS and distribute them where they were most urgently needed during the pandemic.

In a letter shared by a large number of league players via social media, they made it clear these contributions were “separate to any other club and league conversations” regarding salary cuts and deferrals.

The Premier League has been suspended indefinitely.