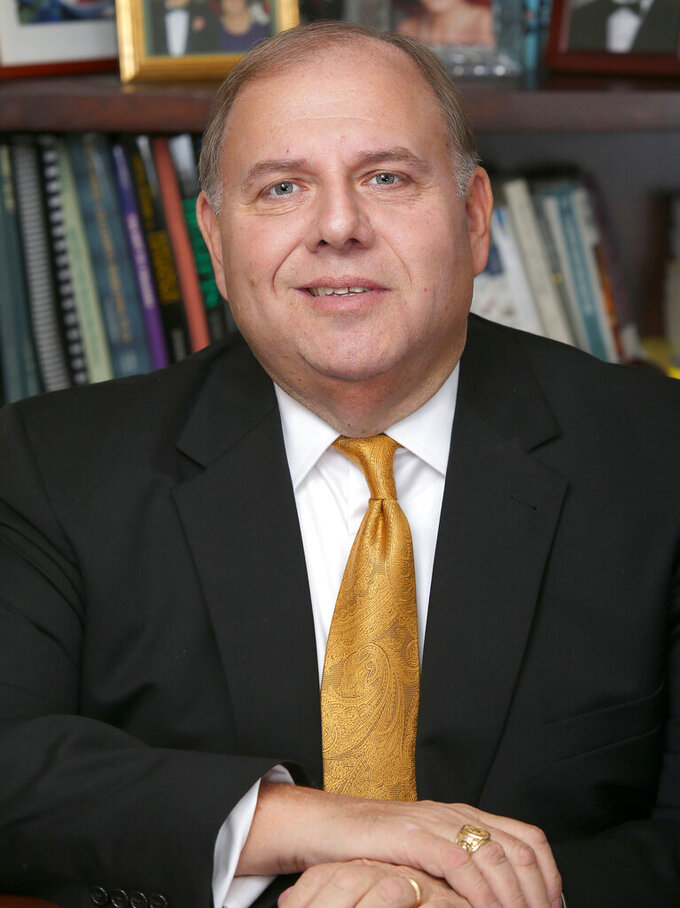 OLEAN, N.Y. (AP) — St. Bonaventure University President Dennis DePerro died Monday from complications of COVID-19, according to the university. He was 62.

DePerro was hospitalized since late December after testing positive for COVID-19 on Christmas Eve. The university said it's unknown how he contracted it. He had been on a ventilator since mid-January.

The university flag will fly at half-staff through the end of March on the western New York campus, where the spring semester began Jan. 25 with about 85% of classes taking place in person.

DePerro became president on June 1, 2017, and implemented new strategies that increased freshmen enrollment. He launched the “A Bolder Bonaventure” capital campaign to fund the university’s School of Health Professions and last year reconstituted a presidential commission to improve diversity, equity and inclusion on campus.

“What I’ll miss more than anything was his uncanny ability to make you feel better even on your worst days. He had a unique gift," university spokesman Tom Missel said.

Before taking over at St. Bonaventure, DePerro, who was born in Buffalo, was the inaugural dean of the School of Graduate and Professional Studies at Le Moyne College in Syracuse.

“Again, we experience how this dreaded virus has robbed us of so many dedicated, talented and cherished members of our community,” Buffalo Bishop Michael Fisher said in a statement. “We hold Dr. DePerro and his family in our hearts with abiding gratitude for all that he made possible in his long and distinguished career.”

DePerro is survived by his wife, Sherry, and their two sons.