Stay away: Thumbs down on inauguration crowds for Biden 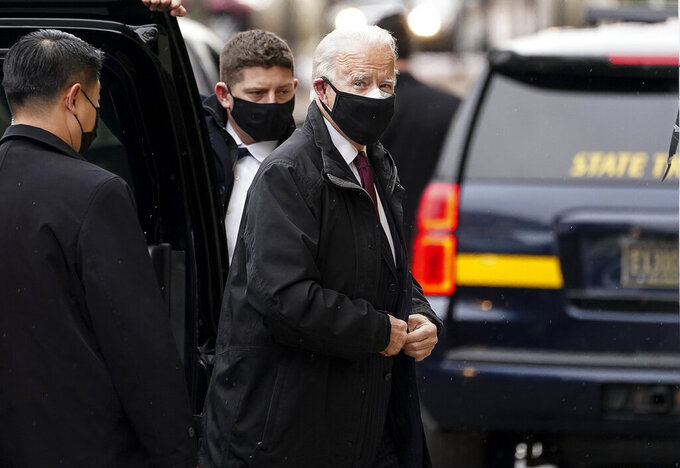 A day after Biden's own organizing committee announced that the swearing-in would take place on Jan. 20 outside the Capitol Building, the Joint Congressional Committee on Inaugural Ceremonies announced that permitted attendance at the event will be drastically reduced due to COVID-19 precautions.

Despite this week’s rollout of the new vaccine, its availability to the general public is still months away. Committee Chairman Sen. Roy Blunt, R-Mo., said in a statement that concerns about spiraling virus numbers around the country "warranted a difficult decision to limit attendance at the 59th Inaugural Ceremonies to a live audience that resembles a State of the Union.”

In a way, it’s a fitting culmination for a historic presidential campaign that was conducted almost entirely under pandemic conditions. Biden's own inaugural committee, which works with the congressional committee, had already asked supporters to stay away from Washington and plan safe inaugural celebrations at home.

"We know that many Americans would have wanted to attend the Inauguration in-person. At the same time, safety must be our top priority,” Sen. Amy Klobuchar, a Minnesota Democrat and member of the committee, said in the statement. “While the pandemic has forced us to limit in-person attendance, it also brings opportunities to honor our democracy in innovative ways so that Americans across the country can experience Inauguration Day from home.”

Biden's team has turned to the same production team that handled the largely virtual Democratic National Convention. Features of that convention, such as the virtual roll call from every state, may be incorporated into a virtual inauguration experience.

Blunt said planners were developing "enhanced opportunities to watch the ceremonies online, in addition to the traditional televised national broadcast.”