Sunday will be a historic day for women on NFL sidelines 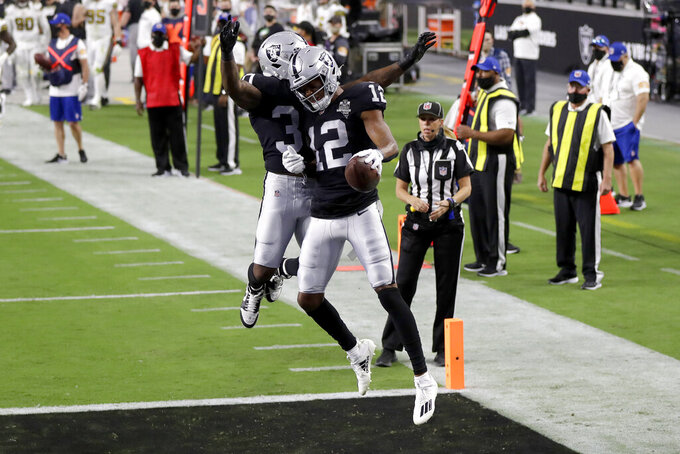 Sunday will be a historic day for women on NFL sidelines in Cleveland.

For the first time in NFL history, there will be two female coaches on the sideline and a female official on the field when the Browns host the Washington Football team.

Jennifer King is in her first season on Washington’s staff, while Callie Brownson is the chief of staff for Browns first-year coach Kevin Stefanski. Sarah Thomas became the league’s first female official in 2015, has worked in the postseason and is now making more history.

A former college basketball coach, King first connected with Washington coach Ron Rivera when both were in North Carolina. She joined Rivera’s staff as an intern in 2018 with the Panthers, and when he took the job in Washington earlier this year, King came with him as an offensive assistant and full-year coaching intern — the first Black woman in league history.

Brownson was an all-around player in the Women’s Football Alliance before she was bitten by the coaching bug. She started at the high school level, wound up at Dartmouth and was hired by Buffalo Bills coach Sean McDermott, who gave her a full season internship in 2019.

Stefanski promised he would have a diverse staff at his introductory news conference in January, and he hired Brownson just a few weeks later for the same position he held in 2006 for the Minnesota Vikings.

“Callie is uniquely situated where she can go interact with football ops or PR or the locker room or the equipment room,” he said a few months back. “She’s really the liaison to the rest of the building for me. I’m going to lean on her heavily and already have.”

PREPARING FOR ANOTHER SHOT AT THE SHOW

The NFL Alumni Association has put together an eight-man roster of former players for the first NFL Alumni Academy.

The Alumni Academy will allow non-league players to continue to train and hone their skill sets throughout the NFL season with the hopes of being called up to a team. The academy is part of the Hall of Fame Village in Canton, Ohio.

“The NFL Alumni Academy is designed to develop NFL-ready talent to become complete professionals, giving them exposure to all 32 NFL teams to generate the best opportunities to successfully sign with an NFL franchise,” says Dalton, the executive director of the academy. “Players will have the ultimate opportunity to improve on the field and compete on NFL rosters because they will work every day with some of the best in the business. It goes without saying that all the coaches engaged with the Academy bring tremendous knowledge based off of their past NFL successes.”

Ezekiel Elliott is showing off his kicks somewhere other than on the football fields where he rushes through defenses so efficiently.

Try the bowling alley. And for charity.

The shoes are not only for Zeke. Main Event, a nationwide “eatertainment” company that operates 44 family centers, will be auctioning off one pair until Oct. 2, with proceeds going to the North Texas Food Bank, a charity Elliott consistently has worked with.

“North Texas Food Bank is an organization I strongly support, and when Main Event approached me with this idea of a custom bowling shoe, I couldn’t think of a better way to help raise money than by auctioning off a custom signed pair,” said Elliott.

The Cowboys have held bowling functions several times, and Elliott planned to wear the shoes at a Main Event family bowling competition this summer with his teammates. Unfortunately, it was postponed due to the coronavirus pandemic.

Rivero says he “jumped at the chance” to design the bowling shoes.

“I’m always thankful for the opportunity to custom design shoes and cleats for players across the NFL, but this one was obviously different," he says. “I love how it came to life, and has so many unique features. I’m really proud of the finished product and am glad a signed pair will benefit a Texas-based charity.”

Titans left tackle Taylor Lewan is penalty free through the first two games of the season, and he’s taking a moment to enjoy that his offseason focus to clean up his game is paying off — so far.

Lewan wrote on Twitter “... no penalties” after the Titans’ win over Jacksonville. Asked if he should be advertising that and risk officials paying closer attention to him, Lewan said he was joking.

“I don’t know if referees are going through everybody’s Instagram handle or Twitter handles and making sure what’s what,” Lewan said. “But it’s more of a joke than anything else because my penalties were so bad last year. I’m trying to make a conscious effort this year of still being just effective while also not having penalties. But I wouldn’t make it a bigger deal than it is. It was more of a joke than anything else.”

Lewan led the Titans with 10 penalties, nine of which stalled drives and nullified 72 yards. He ranked second on the team with 74 penalty yards, and his penalty woes were extra disturbing considering Lewan was suspended for the first four games of 2019. After being flagged for three penalties in a win over Kansas City last November, Lewan went off on himself in the locker room that his attempts to finish plays were killing the team.

He was flagged only once the rest of the season. Then Lewan made that “conscious effort” through the offseason to play a bit cleaner. Now that games have started, he said he’s more aware and trying to make sure he pulls up at the end of plays. As a result, he played his first season opener without being flagged possibly for his entire career playing football.

“I don’t think I’ve ever made it through the first game of the season ever without getting a penalty,” Lewan said. “So I would say it’s a step in the right direction, but by no means is it making everything better, through all the penalties I’ve gotten throughout my career. So like I said, it was a joke. ... Will I probably have a penalty this year? Yes, that’s probably going to happen. But it’s definitely something that when you notice a flaw of yours, you want to work on. And that’s what I chose to work on this offseason.”

Detroit Lions quarterback Matthew Stafford has tried his best to keep his life private, politely turning down requests for his phone number from reporters he has known for years, and choosing not to have an Instagram or Twitter account.

Stafford’s wife, meanwhile, is active on social media. Kelly Stafford has publicly shared details about her struggles with a brain tumor that was removed by surgery and posts pictures of their children.

Recently, though, Matthew Stafford decided he could not stay silent on the topic of social injustice. The Players’ Tribune published Stafford’s essay, “We Can’t Just Stick To Football,” earlier this month.

“I thought it was important and I’m glad I did it,” Stafford said.

Zay Jones and his fellow Raiders receivers wanted to come up with a group celebration with a positive message if one of them scored a touchdown in the first game ever in Las Vegas.

“I started brainstorming,” Jones said. “What if we did kind of like a ‘What’s going on with COVID kind of spinoff?’”

Jones came up with the idea of pretending to use hand sanitizer. Rookie Henry Ruggs III suggested that whoever scored the touchdown should spray the invisible sanitizer on his teammates hands.

So when Jones scored late in the second quarter on Monday night against New Orleans, the celebration was on.

“It just so happened I was the one who got the touchdown,” Jones said. “I don’t think Henry was in. I think he sprinted from the sideline to do it. ... Guys who didn’t even know we were doing it, like (Derek Carr) and (Jalen Richard) joined in. It was fun.”