The tennis crowd: players thrive with fans back in Australia 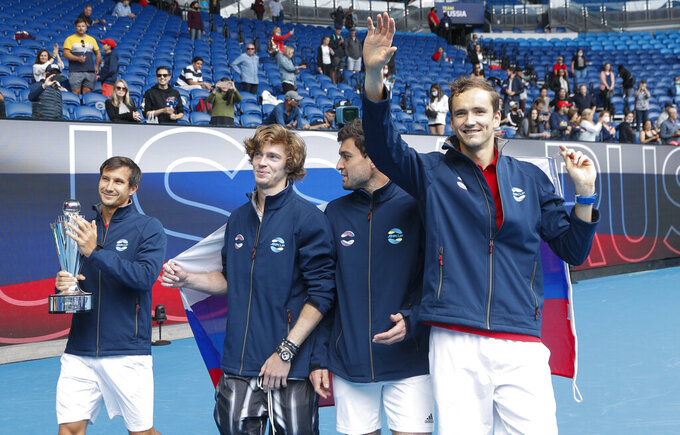 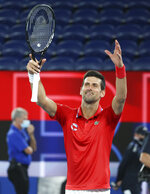 MELBOURNE, Australia (AP) — Novak Djokovic was about to respond to a question about Australian Open crowds when he paused, thought for a moment, and then asked an official if fans were still allowed into Melbourne Park for the year’s first major.

But it's been such a crazy 12 months since Djokovic won his eighth Australian Open title, right up to this week's 24-hour shut down of matches during the tuneup tournaments because of a coronavirus scare, that it was only prudent to check.

“Is crowd still allowed? I don’t know, things are changing day-to-day," he said, asking the moderator at his news conference Sunday. Getting the nod, he continued. “It’s great that at least you have, even if it’s a small percentage of the people attending the match, it’s still something. It still feels that you’re not — I don’t want to say alone on the court, but ...

“When you play in front of an empty big stadium, it just feels very strange."

It could be a relatively slow start for the crowds on Monday, when Djokovic opens against Jeremy Chardy. Paying spectators will have to get familiar to the three-zone system in place to divide up Melbourne Park’s three main arenas. It’s all designed to assist with social distancing.

Other major events in Melbourne were canceled, including the Formula One season-opener last March, when fans were lined up outside the circuit to get in for the first practice sessions. The Australian Football League grand final was moved interstate for the first time ever because of a hard lockdown and curfews during a COVID-19 outbreak.

That was a bonus for top-ranked Ash Barty, who lives in Queensland state and not only got to see her favorite team, the Richmond Tigers, play in the Grand Final but also to present the premiership trophy to the winning captain.

Meanwhile, sports events around the world were canceled, postponed or played in venues without fans. The major tennis championships were no exception. Wimbledon was canceled in 2020, there were no fans permitted at the U.S. Open and very few allowed at Roland Garros.

Players have become familiar with the so-called bio-secure bubbles at other tournaments, and had to endure a more stringent 14-day hotel quarantine after arriving in Australia on 17 charter jets.

The reward for the quarantine is freedom, relatively speaking, to go out in public to restaurants, cafes and shops. Face masks are mandatory indoors. Australia's closed international borders and relatively low number of COVID-19 cases means life goes on fairly normally in many parts of the country.

Serena Williams has been playing in Melbourne at this time of year since 1998, has won seven titles of her 23 career major titles here and said it’s a city where she likes to go out.

No. 2 Simona Halep, who had difficulty adapting to the conditions in Australia until a run to the final in 2018, plans to go shopping and enjoy life outside of the bubble.

The three-week delay to start the Australian Open this year will mean a slightly different atmosphere — the summer holidays are over, for a start — but that’s unlikely to upset organizers or players.

With so few international visitors, the Australian players will get the biggest boost from the crowds, but so will others who feel like they’re adopted by the locals.

Maria Sakkari got a lot of support from the large Greek community in Melbourne during one of the tuneup tournaments.

“I have my Greeks here, which feels great,” Sakkari said. “That’s the first thing I’m looking forward to when I come to Australia, so it was great.

“I don’t have a professional tournament back home, so ... every time I come back to Australia, it feels like I’m at home.”