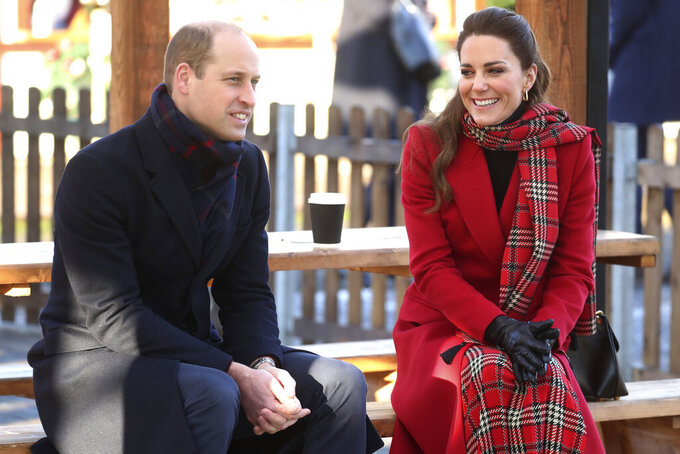 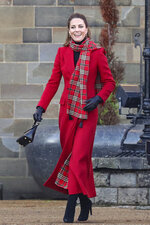 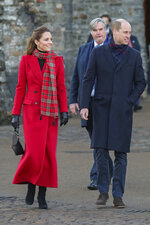 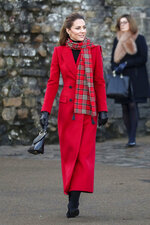 LONDON (AP) — A national train tour by Prince William and his wife Kate has received a frosty welcome from leaders in Wales and Scotland, with one Welsh official saying he would rather “no one was having unnecessary visits” during the coronavirus pandemic.

William and Kate arrived in the Welsh capital of Cardiff on Tuesday for the final day of their three-day royal train tour, meant to spread Christmas cheer and thank medical staff and other frontline employees for their hard, dangerous work during the pandemic.

But Welsh Health Minister Vaughan Gething said he wasn’t “particularly bothered or interested” when asked on BBC radio if he thought the couple should travel to Wales when the region has been seeing high COVID-19 infections.

Gething said Monday that Wales was the only part of the U.K. where infections were not falling at the end of November, and warned that further restrictions may be needed.

Asked if it was the right moment for the royal couple to visit, Gething said Tuesday: “I’d rather that no one was having unnecessary visits. And people always have divisive views about the monarchy, but their visit isn’t an excuse for people to say that they are confused about what they are being asked to do.”

On Monday, Scottish leader Nicola Sturgeon suggested that William and Kate travelled to the Scottish capital of Edinburgh despite their office being made aware of coronavirus restrictions for those wanting to cross the border.

Royal officials have said the visits were planned in consultation with the Scottish and Welsh governments, and that William and Kate were allowed to travel across the border because they were working.

Officials at No. 10 Downing Street initially declined to address the matter, saying the tour was “a matter for the palace.” But later Tuesday, Prime Minister Boris Johnson backed the tour when his office issued a statement calling the trip “highly valuable."

“The tour will be a welcome morale boost to frontline workers who have done so much during the pandemic,” the statement said.

Wales and Scotland have their own devolved governments and different sets of coronavirus restrictions from England even though they are all part of the United Kingdom. Welsh and Scottish officials have discouraged people from the rest of the U.K. from traveling to their regions without a reasonable excuse in a bid to reduce the virus’s spread.