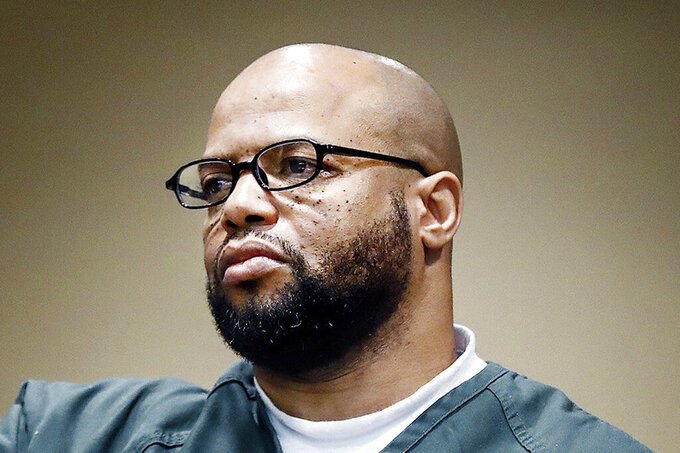 MEMPHIS, Tenn. (AP) — A Tennessee judge Wednesday set a 2022 trial date for a man charged with conspiring with the ex-wife of Lorenzen Wright to kill the former NBA player nearly 11 years ago in Memphis.

Turner's trial had been set for October 2020, but it was postponed after the Tennessee Supreme Court suspended trials last year because of the coronavirus pandemic. The state's high court said in February that trials could resume after March 31.

A trial in Wright’s slaying in Memphis would involve one of the most highly publicized murder cases in the city’s history.

Wright’s decomposing body was found riddled with bullet wounds in a swampy field in east Memphis on July 28, 2010. Wright, 34, had been missing for 10 days before his body was discovered.

A Memphis native, the 6-foot, 11-inch Wright played 13 seasons for the Memphis Grizzlies and four other NBA teams. He was retired from the league when he was killed. Wright also played college basketball at the University of Memphis.

Wright’s ex-wife, Sherra Wright, entered a surprise guilty plea to facilitation of murder in July 2019. Coffee sentenced her to 30 years in prison. She could be a witness in Turner's trial.

Turner, 50, has already pleaded guilty to possessing a weapon as a convicted felon. Prosecutors say Turner had two guns when he was arrested in Wright’s killing. Turner was sentenced to 16 years in prison on the separate gun charge.

During a brief court hearing Wednesday, Coffee apologized to Turner for the delay in his trial, which could take two weeks.

Turner told the judge that he has been in jail awaiting trial for years and that he is eager to “prove my innocence and get back to my family.”