U.S. women to play 2 hockey games vs Canada in October 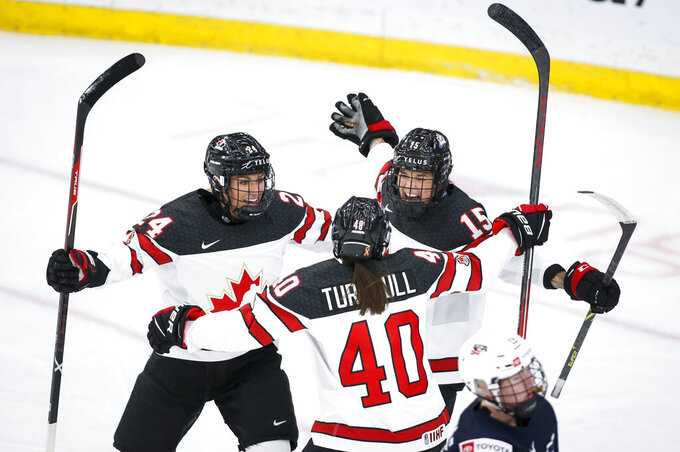 COLORADO SPRINGS, Colo. (AP) — The United States will host Canada in two women’s hockey games in October, two chances for the top teams in the world to continue their rivalry ahead of the Winter Olympics in February.

The games will be played Allentown, Pennsylvania, on Oct. 22 and in Hartford, Connecticut, three days later. The contests will kick off a series of games between the teams this winter in their preparations for Beijing.

The teams are currently playing in the women’s world hockey championship in Calgary.

The Americans have won five straight world titles and are the defending Olympic champion.