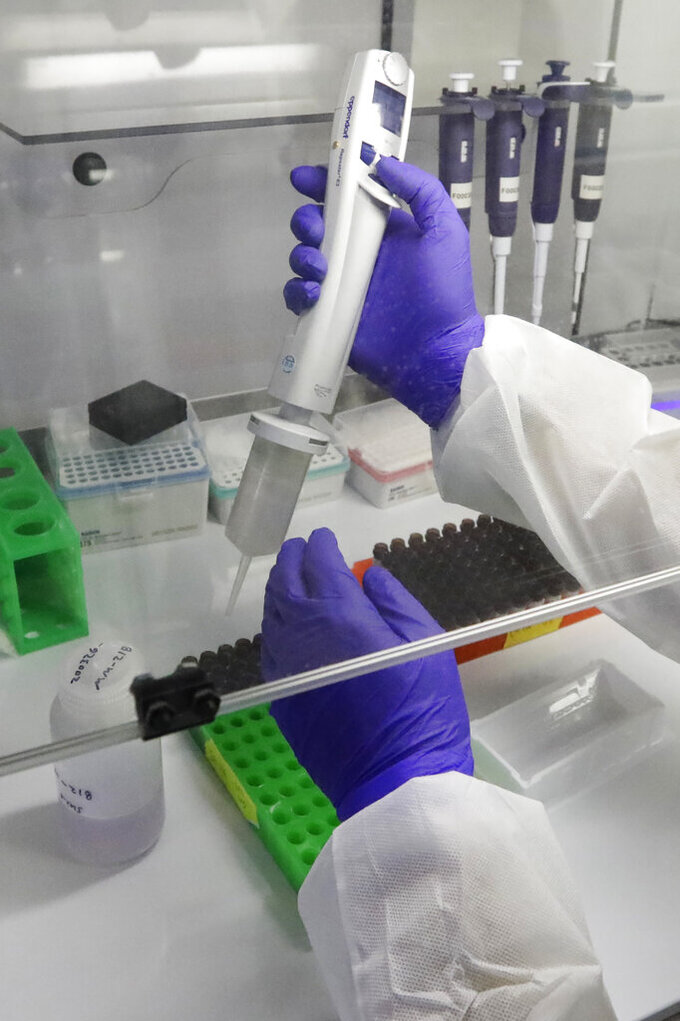 The state declared truck drivers exempt from the system. Hundreds of thousands of truckers enter the state each day carrying essential supplies for grocery stores and medical facilities.

Paul Enos, CEO of the Nevada Trucking Association, said the system could interrupt interstate trips and be invasive to drivers who sometimes travel through multiple states a day.

Utah officials have said they aren't punishing people who don't fill out the online form.

“We don't want to do anything to inhibit commerce ... especially right now with our supply-chain issues,” Utah Public Safety Commissioner Jess Anderson said.

Truckers were still expected to receive the message and there were no immediate plans to change the wording on the form to list the exemptions, which also included police, border residents, and airline personnel and passengers.

The program went into effect as the number of coronavirus deaths in Utah rose by four, to 17. The latest victims were all men over 60, and two were nursing home residents in Salt Lake County. The total number of virus cases topped 2,000 in Utah.

— Utah is now offering coronavirus testing for anyone with symptoms, including fever, cough and shortness of breath “no matter how mild,” said state epidemiologist Angela Dunn. Previously, testing had been limited to those with severe symptoms, but an increase in supplies needed for the test and labs certified to run them allowed that to be expanded.

— A southern Utah man was arrested Thursday after a retired couple was berated for traveling from a different part of the state to spend time at their vacation cabin in Wayne County, said Wayne County Sheriff Dan Jensen said.

Robert J. Scranton, 66, kept telling the couple that they weren’t following quarantine orders before the encounter escalated into pushing, Jensen said. Scranton was arrested on suspicion of assault and driving under the influence. The couple from Utah County suffered some bumps and bruises but nothing serious, Jensen said.

The couple wasn’t violating rules because the county doesn’t have any orders that prohibit them from traveling into the county to stay at their cabin, Jensen said. Utah Gov. Gary Herbert has asked people to stay home, but compliance is voluntary.

Scranton has not been charged and it’s unknown if he has an attorney. He was being held on a $11,000 bail. No listed phone numbers were found for Scranton.