Vanderbilt at Mizzou is 1st SEC game postponed by COVID-19 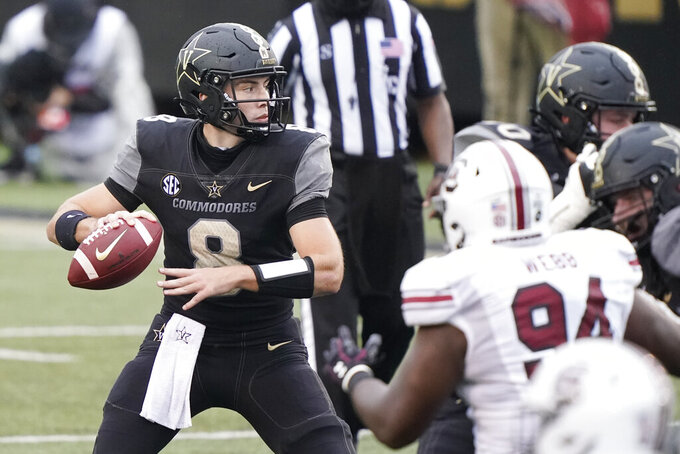 Vanderbilt’s football game at Missouri on Saturday has been postponed because COVID-19 issues have left the Commodores without enough players.

The Southeastern Conference announced Monday the game has been tentatively rescheduled for Dec. 12. It is the first SEC game rescheduled due to COVID-19-related problems and the 28th FBS game overall to be postponed or canceled since Aug. 26.

The SEC started a conference-only schedule Sept. 26, a few weeks later than the rest of the FBS conferences that began play in September.

Vanderbilt (0-3) played with only 56 scholarship players last week in a loss to South Carolina.

The school said Monday it would not be able to reach the SEC's 53-player minimum this week “due to the quarantining of individuals with positive tests and those designated as close contacts, along with injuries and opt-outs.”

Vandy had six players opt out of the season, including four offensive lineman.