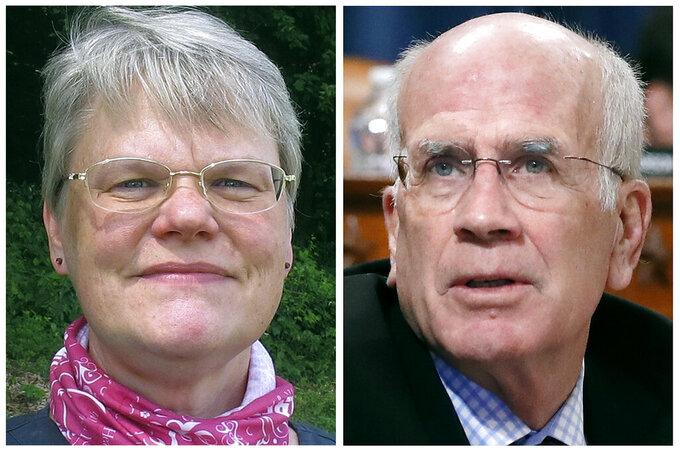 Vermont's lone member of the U.S. House of Representatives, Democrat Peter Welch, says his reelection campaign this year has been largely confined to online video meetings, telephone calls and only the occasional in-person appearance due to the pandemic.

Even with the restrictions, Welch is managing to take the pulse of Vermont. Welch says he's hearing a high level of generalized apprehension, from concern about the coronavirus pandemic to whether President Donald Trump will accept the outcome of the election.

“I am feeling optimistic about this election,” Welch said Thursday.

He said he's also optimistic the Democratic Party will increase its majority in the House and Senate, and that Joe Biden will be elected president.

Welch said he’s eager to return to Washington, where he can work to, as he puts it, restore democratic norms and a respect for law and institutions that he feels have been “shredded” by Trump.

Two years ago, Welch was elected with almost 70% of the vote, said Middlebury College political science professor Matt Dickinson. Over the years, he's been one of Vermont's most popular politicians.

“I don’t think there is a lot of suspense here,” Dickinson said of the U.S. House race. “I don’t think anybody thinks Peter Welch is in danger of losing. Really the key here, I suspect, is what is his margin going to be.”

The Vermont Republican Party has not mounted a serious challenge of Welch in years. The Republican nominee for the U.S. House seat, Miriam Berry, is making her first run for elected office.

Berry, a Trump supporter, has worked as a nurse for more than 25 years. She won the Republican primary, defeating three little-known candidates.

There are also five additional third party candidates for the U.S. House seat.

Berry, who has done much of her campaigning by corresponding with people who reach out to her through her website, has pitched herself as someone who is not a career politician and knows what it’s like to worry about paying the bills.

“Some of my favorite parts have been been just talking to people and finding out where we have common ground and goals and things that are very similar,” Berry said.

Welch, traditionally one of the most liberal members of Congress, was born in Springfield, Massachusetts. He went to law school at the University of California, Berkeley.

He settled in Vermont in the 1970s, first working as a public defender before founding a law office. He was first elected to the state Senate in 1980 and took a break from electoral politics in the 1990s.

Welch was reelected to the state Senate in 2002 before being elected to the U.S. House in 2006 — the year now-U.S. Sen. Bernie Sanders, who held the House seat before Welch, ran for the U.S. Senate for the first time.