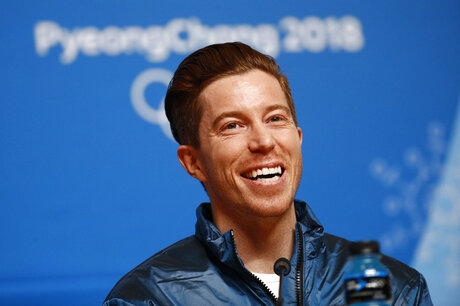 By: EDDIE PELLS (AP)
Copyright 2020 The Associated Press. All rights reserved. This material may not be published, broadcast, rewritten or redistributed.

Top on the list of Shaun White's goals for the near future: Skateboarding at the Olympics.

The three-time Olympic snowboard champion says he's entering a few skateboarding contests this summer to see where he stacks up. His ultimate goal is to become a rare Summer-Winter Olympian.

He says he is not yet officially trying for the Tokyo Games, but simply entering contests to see where he stands compared to the best in the world.

He says the skateboarding will cause him to compete in fewer snowboarding contests the next winter, but that he's not saying goodbye to the halfpipe because "I love it too much."

"And, man, if I could make the Summer Olympic team, going from Winter in Korea to Summer in Japan, it would probably be the ultimate for me," he says.

Skateboarding is nothing new to the 31-year-old White, who caught the eye of skateboarding pioneer Tony Hawk when he was young. Of the 23 X Games medals White has won, five have come on a skateboard at the Summer X Games.

But with snowboarding in the Olympics and no similar option on the Summer side, White turned his focus to Winter, where he has won Olympic gold medals in 2006, 2010 and 2018.

The IOC added skateboarding to the program for 2020, though neither discipline going into the games — street and park — are considered White's specialty. White is expected to focus on the park version, which mixes vertical jumps like those seen on the halfpipe with street features like rails and stairs. Those are comparable to slopestyle features; White also has a rich history in slopestyle, but gave it up to focus strictly on the halfpipe.

White's first competition will be at a contest in Vancouver next weekend.