4 Euros host cities get UEFA extension amid doubts on fans 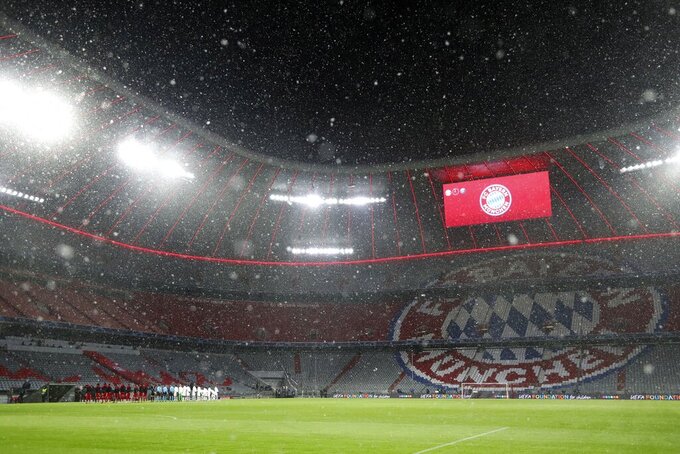 The Euro 2020 host cities of Munich, Rome, Bilbao and Dublin have been given an extension until April 19 to remain part of the rescheduled tournament by providing guarantees on fans being allowed into games.

UEFA set the new deadline on Friday after receiving confirmation from eight other cities across Europe that crowds will be allowed at stadiums as coronavirus restrictions are eased.

UEFA is most concerned about Ireland, which is in one of Europe's longest lockdowns, being in a position to say in 10 days if stadiums can open up to supporters.

Bilbao is under threat of being cut from hosting rights because of the conditions from the Basque Country authorities that are hard to comply with, including having 60% of the region vaccinated by then.

UEFA is more hopeful of receiving government guarantees from Italy, which is due to stage the opening game on June 11 between Italy and Turkey in Rome, and Germany, where four games are due to be in Munich.

Only Baku (Azerbaijan), Budapest (Hungary) and St. Petersburg (Russia) have said so far that ticket holders flying in will be exempt from any quarantine or other entry requirements apart from proof of negative COVID-19 tests. Hungary will also allow entry if a fan can show they have been infected within the past six months. Bucharest will allow fans staying for less than three days to avoid isolating on arrival, along with them presenting a negative test.

“Currently, eight host countries have confirmed stadium capacities based on their projections of an improved health situation in their countries in June and July due to a number of factors, including a country’s vaccination rollout, its planned measures for reopening the economy, and the projected slowdown in the virus due to the warmer season,” UEFA said in a statement.

Uncertainty remains about whether traveling fans will be allowed into nine of the host nations at the first European Championship to be held in so many countries.

Only three host countries are planning exemptions from entry restrictions and requirements. Ticket holders travelling to Baku, Budapest and St. Petersburg may be able to benefit from special procedures that will exempt them from entry bans or quarantine requirements.

“Once the ticketing return phase is closed on April 22, UEFA will determine if the number of sold tickets that have been retained by ticket holders exceeds the permitted seating capacities of each match,” UEFA said. “Should this be the case, a ballot will be held in order to determine the additional tickets that will need to be cancelled in order to comply with the decisions of the host country governments.”