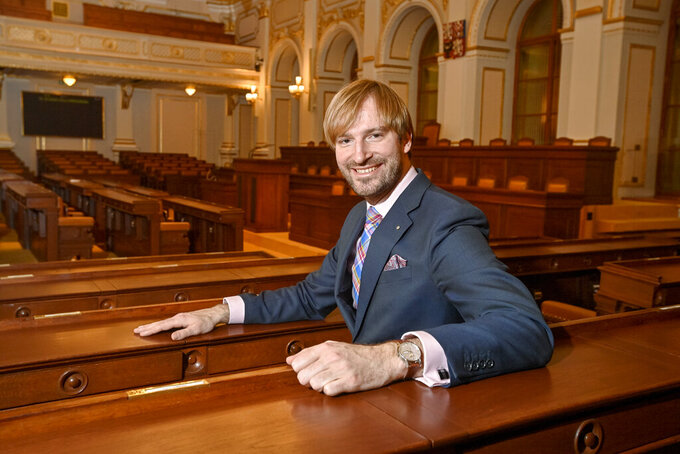 Prime Minister Andrej Babis said that the current office-holder Petr Arenberger called him in Brussels, where Babis is attending a summit of European Union leaders to announce his resignation.

Arenberger, the director of Prague’s University Hospital Vinohrady, was only sworn in by President Milos Zeman on April 7.

He has been recently under fire from the media because of alleged irregularities in his tax returns. He declared he owned more assets and had a higher income after he became a government minister than in the preceding years.

It also emerged that he was renting one of his undeclared properties to the university hospital. That deal was signed before he was appointed its director.

Babis said Arenberger and his family were under pressure and “that's the main reason” for the resignation, Babis said.

“I do not think that it is necessary for my family, friends, colleagues and patients to be exposed to this escalating unpleasant pressure during my work for public health," Arenberger said.

“I am convinced that the change at this stage will not affect the further successful solving of the pandemic or the strategic steps of the ministry,” he said.

Babis said he planned to reappoint Adam Vojtech, who was health minister when the pandemic hit the country in March 2020, to the post.

The presidential office said Zeman will swear him in on Wednesday.

Arenberger took office after his predecessor, Jan Blatny, was fired over his handling of the pandemic, including imposing strict conditions for the use of experimental drugs to treat COVID-19 patients and his refusal to accept Russia’s Sputnik V vaccine, which hasn't been approved the European Union’s drug regulator.

Blatny had taken over the job on Oct. 29 to replace epidemiologist Roman Prymula, who was dismissed after he was photographed visiting a restaurant that should have been closed as part of the country’s restrictive measures.

Prymula had replaced Vojtech in the post on Sept. 21, to enable a different approach to the pandemic amid surging infections.

Infections are falling in the Czech Republic. The day-to-day tally of new cases dropped to 695 on Monday, down from almost 17,000 in early March.

The nation of 10.7 million has registered almost 1.7 million confirmed cases, with more than 30,000 deaths.