At 70, Billy Ocean returns with an album to 'lift you up' 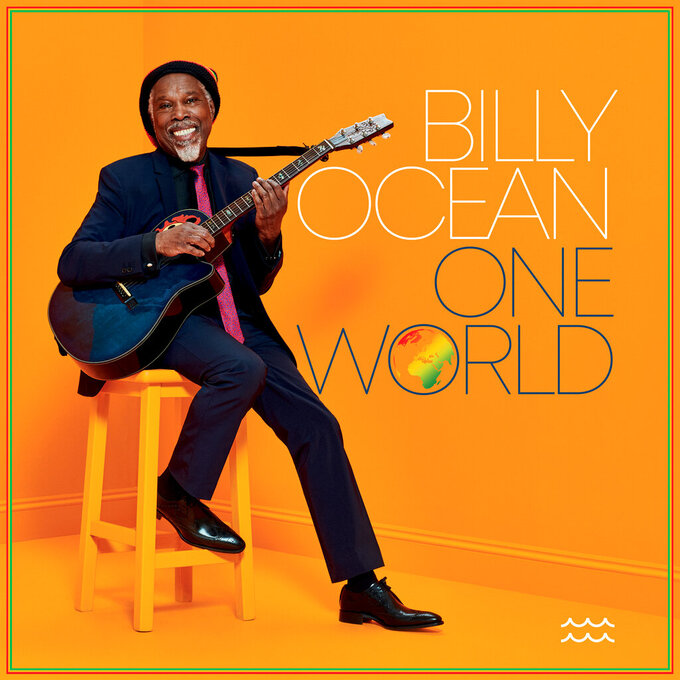 This cover image released by Sony Music shows "One World" by Billy Ocean, available on Sept. 4. (Sony Music via AP)

NEW YORK (AP) — Billy Ocean is angry. But you won't hear it in his music.

Now 70, he's frustrated by structural racism and by Black people being shot by police. He's fed up with hatred and thinks society is often going backward.

Yet none of that is unleashed in his mix of soul, reggae, R&B and pop infused with the warmth of the Caribbean. It's the way he's done it from his 1984 hit “Caribbean Queen (No More Love On the Run)” to his bright new album, “One World.”

“If I was an angry man, I wouldn’t be able to make the sort of music I’m trying to make,” he says. “It’s a gift to inspire people. I like to think it’s a gift to lift you up. It shouldn’t bring you down. What is the benefit of everybody trying to bring people down?”

For his first studio album in a decade, Ocean returns to the theme of uplift. Three songs alone have the word “love” in the title. He sings in the title track: “What we need is a love revolution.”

To make the album, Ocean co-wrote 19 songs last summer and settled on 12, going into the mix three times to get the balance right between slow tunes and uptempo ones.

Though the songs were crafted before the pandemic and summer of protests, he feels they seem right for our time now. Many urge unity and respect.

“The Lord works in mysterious ways. These songs were written before any sort of hint of the political climate and the pandemic climate that people are going through right now,” he says. “But yet somehow we finish it and it sort of fitted right. It’s a time when people need a little consciousness. People need a little uplift.”

The new album sees Ocean reuniting with producer Barry Eastmond, who first teamed up with him as keyboardist on “Caribbean Queen." Eastmond would go on to produce and help write many Ocean hits, including “When the Going Gets Tough” and “Love Zone.” Eastmond calls him “probably the most honest artist I've ever worked with.”

Ocean's family relocated to England, where young Billy got turned on by the Beatles and the Rolling Stones. Then came Motown — The Supremes and Marvin Gaye — and James Brown and Otis Redding.

“I was absorbing it like crazy. And so what comes out now is really what went in, to be honest with you,” he says.

Two musicians became his north star, both named Bob — Bob Dylan and Bob Marley. They showed Ocean a way to add positivity and social consciousness to his music.

“For me, to make music that can sort of make people think and instill a bit of consciousness in them, fine. That’s great. That’s what we’re here to do," he says.

Beginning with “Caribbean Queen" in 1984, he topped music charts for years, earning a Grammy, and had hits like “When the Going Gets Tough, the Tough Get Going,” “Loverboy,” “Get Outta My Dreams, Get Into My Car” and “Suddenly.”

He says his lyrics have gotten wiser as he has. “It’s a lot more mature, a lot more mature lyrically to, say, like ‘Caribbean Queen,’ for example. I’m older, so I just feel that I should be little bit more responsible” he says.

“I see things around me — some good, some bad — and try and make them topical and write them in a way that is inoffensive to people, but at the same time, still make people think.”

He plans to tour again and music is still flowing through him. He hopes to hit stages in 2021 highlighting “One World" to a world that needs to heal in more ways than one.

“The Lord has given me an outlet and that outlet is music. It’s not always easy. Sometimes it’s a struggle. But after the struggle and you come up with something that’s good, it’s so rewarding.”